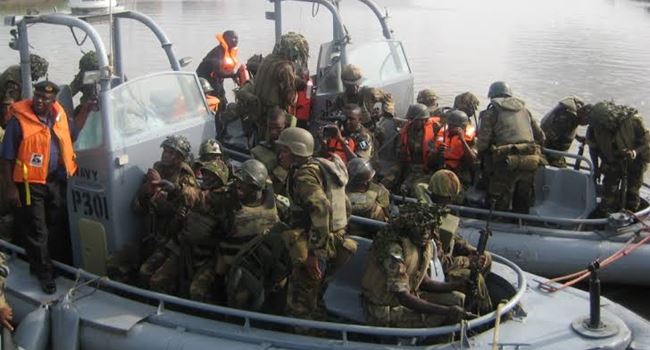 Nigeria Army on Friday said criminals in Niger Delta communities would be crushed without mercy with Exercise Crocodile Smile 4.

The General Officer Commanding (GOC), 6 Division, Nigerian Army, Maj.-Gen. Jamil Sarham, made the declaration while kicking off Exercise Crocodile Smile 4 and medical outreach at Rumuokoro-Port Harcourt in Obio/Akpor Local Government Area and later at Bolo in Ogu/Bolo LGA, both of Rivers State.

He also said that indigenes of the region would not be maltreated by soldiers during the activities.

The GOC, who was accompanied by heads of sister security agencies, said: “The exercise is meant to combat emerging threats in the Niger Delta region. Emphasis during the exercise will be on military operations and familiarizing troops with the peculiar contemporary security terrain and logistic challenges.

“Since the inception of the exercise about three years ago, it has achieved significant successes in protection of oil and gas infrastructure, and checkmating crimes. This is as a result of very good synergy involving the Nigerian Army, Navy, Air Force and other security agencies, in carrying out these onerous tasks of ensuring peace and stability in the 6 Division’s Area of Responsibility (Rivers, Akwa Ibom, Bayelsa and Delta States).

“This year’s exercise also witnessed collaboration and joint efforts between the Nigerian Army and other sister security agencies. The exercise will be a precursor to the real operation meant to checkmate multifarious security challenges prevalent in the Niger Delta region, which include militancy, pipeline vandalism, illegal bunkering and refining, cultism and kidnapping, among others.

“The Nigerian Army, being a professionally-responsive organisation, will not molest or inconvenience any law-abiding citizen. Consequently, all are enjoined to go about their legitimate affairs, without any fear. At the same time, all criminal activities must be reported and prevented in the Niger Delta, in order to forestall threat to economic activities in the region.”