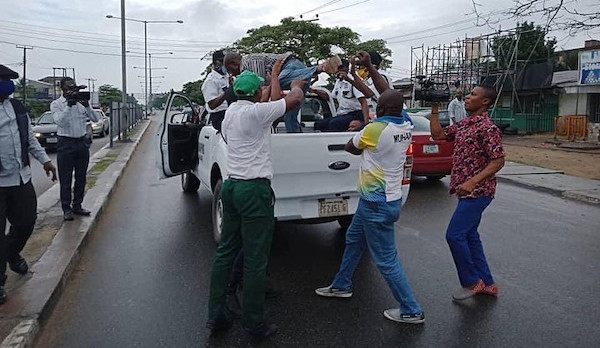 An undercover report by Ripples Nigeria has led to the arrest of illegal tax collectors by the Cross River State government.

The tax collectors, largely made up of thugs, have been intimidating and harassing small and petty traders, amongst others in the state, the report by Ripples Nigeria had revealed.

The crackdown, which began on Monday, came after the publication of the in-depth undercover investigation which exposed the activities of thugs harassing residents in the name of tax collection.

The report, which was published on July 7, 2020, shortly after Governor Ben Ayade gave a moratorium on payment of taxes to petty traders in the state, cited the economic downturn occasioned by the global COVID-19 pandemic.

However, thugs, and some individuals in the state took advantage of the poor implementation of government policies and continued the exploitation of traders and transport operators including commercial motorcyclists.

As at Tuesday, 12 persons had been apprehended for extorting unsuspecting taxi drivers and tricycle operators, among others.

Isong told journalists the illegal tax collectors would be prosecuted through the special court established by the state government.

He said: “As you can see, we are on the streets this early morning to arrest those still flouting the government’s order on illegal tolls and they will be charged to court immediately. Those arrested will not escape the arm of the law and are going to be immediately prosecuted at the special court as provided for in 2015 and set up for this purpose.

“We only enjoin Cross Riverians to go about their lawful businesses and report to the agency anybody found in the sales of tickets, collection of taxes from keke, taxi and low-income earners.”

The Special Adviser on Security to the Governor, Ani Asin, confirmed to journalists that the raid on illegal tax collectors was carried out by his team and other sister agencies.

The governor’s aide said: “It is going to be a continuous exercise knowing that these illegal operators come out in the afternoon and evening.

We are worried that people are afraid of driving out of their houses over the fear that their cars maybe impounded or their good seized by this illegal taskforce and toll operators.”