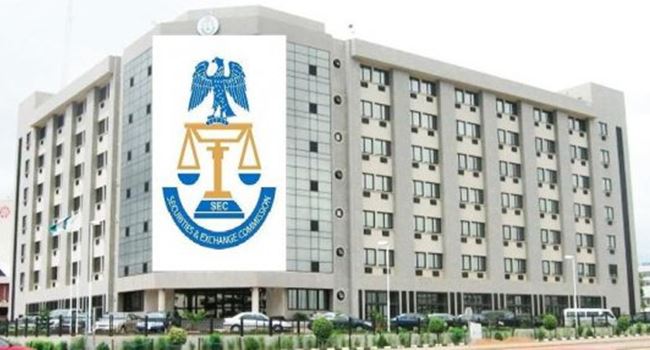 The Securities and Exchange Commission of Nigeria has ordered Crowdyvest to stop operation, labelling the investment company an unregistered entity in the investment market.

SEC said it sent a cease and desist notice to Crowdyvest, as the company was soliciting for funds from the public without approval from the investment market regulator.

Crowdyvest was in the process of launching its Halal Fund when SEC sent the cease and desist notice last month, a statement obtained from the regulator on Thursday disclosed.

“The attention of the Commission was drawn to the proposed launch of a Crowdyvest Halal Fund by Crowdyvest an unregistered entity purporting to operate as a corporative society.” part of the statement reads.

Halal Fund is an investment vehicle – similar to Sukuk – that allows investors have a stake in a special projects by exchanging funds for investment certificates or notes.

In its words, SEC stated, “The Commission has since issued a Cease and Desist Order to Crowdyvest to stop the launch and operations of the Crowdyvest Halal Fund and any other investment activity which involves soliciting investments and deposits from the public.”

The regulator said the public should be vigilant when investing and conduct a research on the legality of the company conducting the investment programme.

“A list of authorised Halal Funds and other mutual funds can be found on the website of the Commission https://sec.gov.ng/cmos/” SEC stayed.

Sec has no power over Crowdyvest

But Crowdyvest in a statement stated that the company’s business is not under the regulatory power of the SEC, and has made known its position to the regulator.

Crowdyvest said before the notice was made public, it was already in discussion with SEC, but surprisingly, the government agency publicly announces a cease and desist on the company.

The investment company countered SEC claim that it is an unregistered entity, “Crowdyvest Victoria Island Multi-purpose Cooperative Society is a cooperative society duly registered under the laws of the Federal Republic of Nigeria with registration no: LCSC 16939.” the statement reads.

Crowdyvest also added that its Halal Fund was meant for its registered members, not a call for the public to invest in it. The firm said SEC hasn’t responded to its clarification.

“We are still awaiting a feedback from SEC on our response and are surprised that the Commission would publicize its cease-and desist order and state that we are not a registered entity without proper investigations and confirmation of its power to issue such order to Crowdyvest.

“Crowdyvest Cooperative is NOT a SEC regulated entity and does not operate any business operations within the purview of SEC. We are a credible organization operating as a cooperative society and in line with the Cooperatives law of Lagos State.”

It assured that members funds are safe and are still being utilised as agreed.