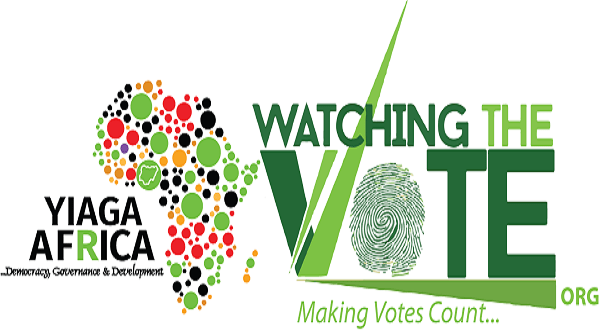 Civil society groups who monitored Saturday’s governorship elections in Kogi and Bayelsa States have faulted the conduct of the polls and declared that security agencies including the police aided rigging and manipulation of the process.

The Centre for Democracy and Development (CDD) and the Centre for Citizens with Disabilities (CCD) indicted the security operatives for allegedly colluding with state officials to undermine the electoral process in both states.

While presenting a report on the elections to journalists in Abuja on Monday, the CDD Executive Director, Idayat Hassan, said many voters were disenfranchised in Kogi as a result of threats to life.

Hassan said the elections were “violently and crudely undermined by an unrelenting band of partisan outlaws,” adding that CDD observers and journalists in Kogi reported the death of 10 persons and over 79 critical incidents during the polls in the state.

She said: “The sheer magnitude of the violent assault on the sanctity of the ballot was shocking beyond description. The outcome of such a process that was so criminally subverted should not be allowed to stand.

“At the last count, our observer report from Kogi State had recorded the death of 10 people in various shooting incidents and attacks across the state. This has combined to damage the credibility of the polls.

Also in Bayelsa, the CDD director insisted that the polls recorded thuggery, shooting, vote-buying, coordinated attacks against the voting environment, particularly in opposition strongholds, as well as impersonation by voters.

“The conduct of the Kogi and Bayelsa polls is indicative of an electoral environment that is fast deteriorating. The two major parties engaged in electoral misconduct. An interrogation of the turnout figure declared in Okene and Adavi local government areas could not stand proper scrutiny,” Hassan noted.

The Centre further noted that despite the large deployment of security agencies, the voting environment was not secured and urged the President to investigate the failure of security during the polls.

A CDD Senior Fellow, Prof. Ibrahim Jubril, noted that despite the purported deployment of 30,000 policemen in Kogi and Bayelsa, the operatives were not visible on the streets.

Jubril said: “I think the situation we are in is one of grave danger to democracy and my concluding point is that we should not forget key moments in our national history -1964 and 1983 elections in which it became clear to the citizens of this country that there was state complicity to ensure that free and fair elections did not happen in this country. We are back in that situation and what is under threat is the survival of democracy in this country.”

On his part, the Executive Director, CCD, David Anyaele, noted that the Independent National Electoral Commission (INEC) failed to provide special aids in most polling units for voters with disability.

He said: “What happened during the governorship and Kogi West senatorial elections were not an election but warfare to capture Kogi State as the elections cannot be said to be free, fair, credible nor inclusive.”