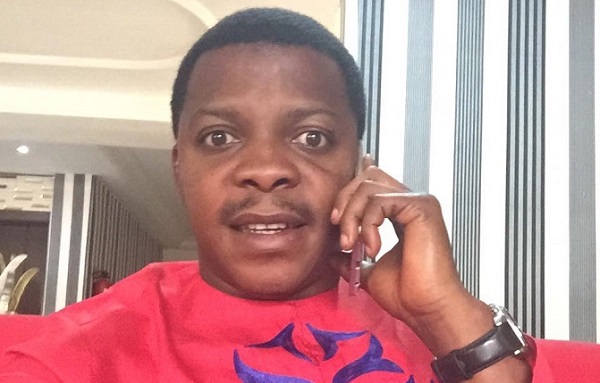 Some Civil Society Organisations (CSOs) have called on the Kogi state government and the Department of State Services (DSS) to release Peoples Democratic Party (PDP) Kogi State presidential campaign spokesperson, Austin Okai, who was taken into security custody on the night of February 22.

Austin Okai is a known critic of the Governor Yahaya Bello administration.

Speaking at a joint press briefing, in Abuja, on the plight of the detained opposition leader, the Convener, Coalition in Defence of Nigerian Democracy and Constitution, Ariyo-Dare Atoye, said Okai is kept incommunicado at a DSS facility in the Kogi without access to his lawyer, family and associates.

He however expressed worry over a trending social media post that the government critic was killed and his body dumped along a major road leading to the FCT.

His words, “Our concern is further complicated by the refusal of the DSS to make any public statement regarding his arrest and ordeal.

“We consider this an infringement of his fundamental human rights and a grave disservice to our constitution and the justice system.

“We want Gov. Yahaya Bello to know that we and the people of this country will hold him responsible if anything untoward happens to Comrade Usman Austin Okai.”

While speaking, Deji Adeyanju, the convener of Concerned Nigerians, raised concerns that Okai’s continued detention is generating tension within and outside Kogi, adding that all efforts to secure access to him have proved abortive.

A political advocate, Anthony Ehilebo, speaking at the briefing said: “We wish to state categorically that Comrade Usman Austin Okai must immediately be released unconditionally without further delay.

“We also wish to emphasize that the government of Gov. Yahaya Bello must desist from needless persecutions and remember that power is transient, and we all shall reap whatever we sow on earth.”

Drag sick ex-NBC DG to court even if it’s on a stretcher, court orders