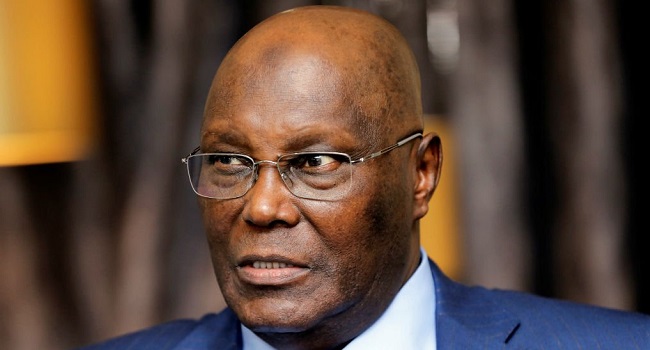 A list of five Justices of the Court of Appeal said to have been approved to hear the petition of Atiku Abubakar, the presidential candidate of the Peoples Democratic Party (PDP) Atiku Abubakar, over the February 23 election has been leaked by the Coalition of United Political Parties (CUPP).

The statement was issued by the coalition’s national spokesman, Imo Ugochinyere, while speaking with journalists in Abuja.

Ugochinyere noted that the position of the CUPP was that Bulkachuwa, Aboki and Ige should immediately recuse themselves from the panel because they are likely to be biased in favour of President Muhammadu Buhari.

He said while Bulkachuwa is a wife of a senator-elect on the platform of the ruling All Progressives Congress, Aboki and Ige had rejected Atiku’s application for forensic analysis of the materials used for the presidential election.

He said, “It is based on the foregoing and the evidence in the custody of the CUPP that we immediately, categorically and unambiguously demand that Justice Zainab Bulkachuwa, Justice Abdu Aboki and Justice Peter Ige recuse themselves from the panel.

“The intelligence at our disposal, which formed the basis for all the views canvassed in this statement, is that these three Justices have already given their commitment to the Presidency that they will rule in favour of the President at the tribunal, hence they cannot dispense justice.

“Justices Aboki and Peter Ige, in furtherance of this commitment, had already and, very strangely so, denied Alhaji Atiku Abubakar his application for forensic analysis of the materials used for the presidential election.

“We also demand that Justice Zainab Bulkachuwa recuse herself from the administrative duty of reconstituting the panel, but that should be done by an impartial senior Justice of the court.

“This idea of the Villa approving list of Justices that will sit over any matter, particularly the one where the President is a party, is novel and tyranny taken too far.

“Let the world and Nigerians tell Justice Bulkachuwa not to take Nigerians for fools and bring the judiciary to further ridicule with her plan to constitute a tribunal panel that has been briefed with one agenda, which is to stamp the electoral robbery perpetrated by her husband’s party, APC.

“Announcing justices who have shown bias already to the case of Atiku, even at the preliminary stage of ordinary requests for forensic analysis of election materials, will not augur well for the stability of Nigeria and the institution/wheel of justice.