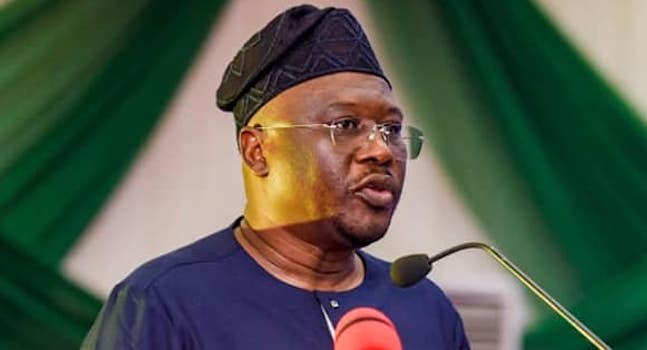 The Adamawa State Governor, Ahmadu Fintiri, said on Friday the tenure of the incumbent National Working Committee of the Peoples Democratic Party (PDP) would continue till December 9.

The party will hold its national convention this weekend.

The Court of Appeal had earlier on Friday dismissed the suspended PDP National Chairman, Uche Secondus’ bid to stop the convention.

Fintiri, who is also the Chairman of the party National Convention Organising Committee, disclosed this while briefing journalists on the party’s preparations for the convention in Abuja.

He said though the party wanted an early convention, it has no plan to end the tenure of the incumbent NWC members before December 9.

The governor said: “There will not be any vacuum because we are not truncating anybody’s tenure.

“We only call for an early convention, which is also in the provision of the Constitution.

“But that does not mean that because we are having early convention we are terminating the tenure of the present NWC. They will still be asked to serve their term till December 9.

“If not for anything it will give better chance for them to interface and have a smooth transition.”

Fintiri said although the party expected vibrant new NWC members to emerge at the convention, it appreciated the present leadership of the party.

He added: “They were able to galvanise support, plan, and work for this party in 2019 to move from about 10 governors to almost 18, with more House of Representatives members than the previous election.”

On Saturday’s convention, the governor said the Screening Appeal Committee upheld the disqualification of three aspirants from the exercise.

He clarified that Okey Muo-Aroh, who is vying for the National Secretary position, was disqualified for not respecting the party’s zoning arrangement.

Related Topics:#featuredFintiriNWCPDPPDP NWC
Up Next