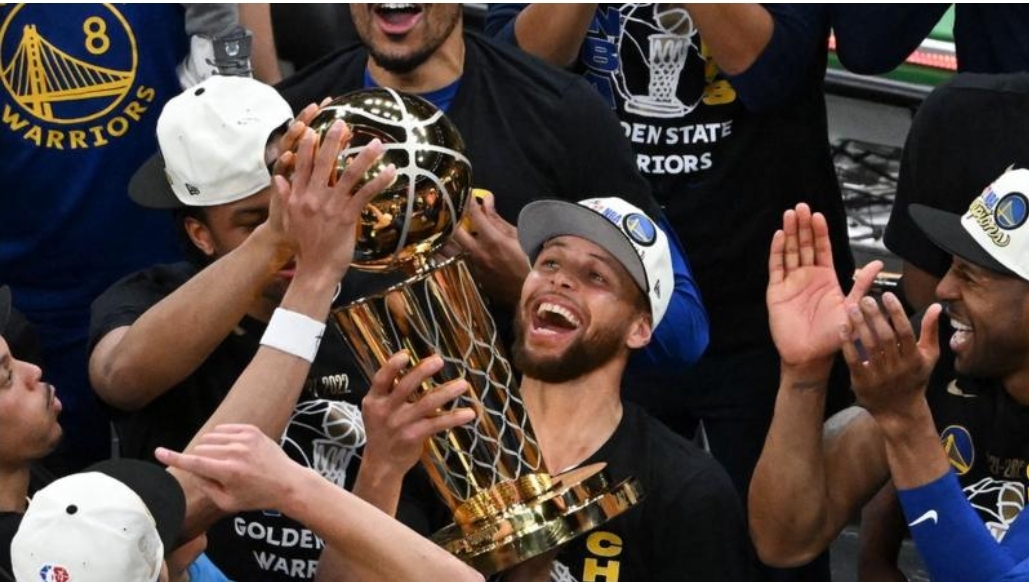 Stephen Curry was named the Most Valuable Player (MVP) as Golden State Warriors emerged NBA champions after beating Boston Celtics to the title.

Warriors won 4-2 in the best-of-seven series to claim their fourth NBA title in eight years and first since 2018.

Having finished 2019-20 with a dire 15-50 record, they are also the first team to go from the league’s worst side to a championship in two years.

Curry, twice the most valuable player in the regular season, was NBA Finals MVP for the first time.

They also won the title in 2015 and 2017, but lost the 2016 and 2019 finals before missing out on the play-offs in the past two seasons while rebuilding their squad.