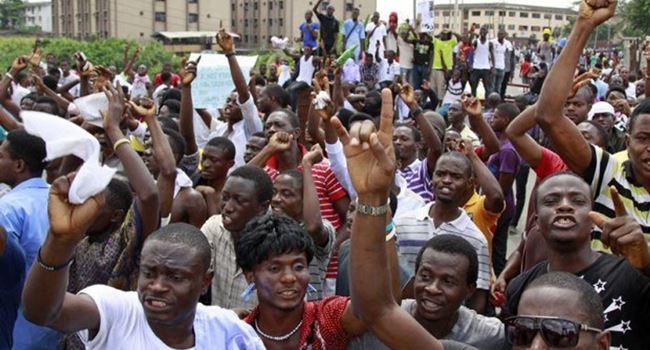 Pepper and tomatoes farmers and traders in Ogun State on Monday alleged that men of Nigeria Custom Service have been selling pepper and tomatoes seized from them at the rate of N200 per basket to members of the public.

The group also alleged that the farm produce seized from its members were worth N4million.

The farmers, under the aegis of Yewa/Awori Farm Produce Traders and Farmers Association, stormed the Nigeria Union of Journalists (NUJ) Secretariat in Abeokuta on Monday to register their grievance against the custom men

Speaking with newsmen, the Chairman of the association, Timothy Eweoba, said operatives of the NCS had on Sunday night, impounded trucks conveying the produce at Ijoun in Yewa North Local Government Area of the state.

Eweoba said six trucks of tomato and pepper were impounded by men of the NCS.

According to him, each truck contained 250 baskets at N2,000 per basket.

He said he was surprised that customs could seize their products grown in the country and not contraband.

“We want government to intervene and come to our aid. We are farmers and not smugglers. This is not rice and we took loan from banks to plant all these products,” he said.

When contacted, the Customs PRO in Ogun, Abdullah Maiwada, said that only the National Public Relations Officer of the service can comment on the issue.

And when contacted, the National PRO of the NCS, John Attah, confirmed the seizure to newsmen.

He however, said the seizure took place at the border as contraband, during a Joint Border Security Exercise and not as a locally-grown product as claimed by the traders.

Attah, who also doubles as the spokesman of the Joint Border Security Exercise, said the traders need to prove beyond reasonable doubt that the seized products were not smuggled into the country.

“The tomatoes were impounded at the border line. And if it’s true as they claimed that it was locally-produced, they should go there and prove it.

“It’s imperative on them to prove that the goods are local goods. It’s not rocket science. This is a joint exercise and it goes beyond the customs. What we are doing is in the interest of national security,” he said.