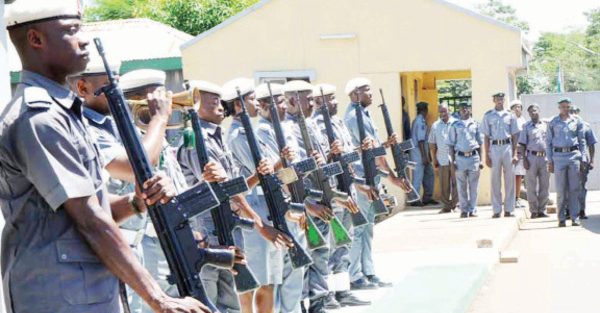 The Nigeria Customs Service has given a full account of how its officers on Monday killed a student of Ojumo Community High School, Ihunbo, Ipokia Local Government Area of Ogun State.

A statement issued on Tuesday by the NCS Public Relations Officer in Ogun Area 1 Command, Abdullahi Maiwada, said its officers were conveying a vehicle smuggled into the country when the incident which left three other students injured occurred.

Maiwada said: “On Monday, 07th October 2019 at about 1330Hours, officers of Nigeria Customs Service Ogun Command on routine patrol arrested a vehicle (Mercedes Benz ML) suspected to have been smuggled into Nigeria. In the process of conveying the said vehicle driven by an officer of the Service fully escorted by an official patrol vehicle, an Okada man conveying a passenger crossed their path.

“In a swift response by the driver to avoid collision with the said Okada rider, he lost control and rammed into some group of people coincidently on a market day of Ihunbo Community. Unfortunately one of the victims, a 20-year- old student of Ojumo Community Secondary School by name Opeyemi Odusinan instantly died and three people sustained various degrees of injuries.

“As at the time of filing this report, two of the injured have been discharged with only one Sunday Adeniyi (Adult male Nigerian) receiving treatment at General Hospital, Idiroko.

“it is, however, important to condemn some mischief makers who hijacked the situation and attacked Customs vehicles within sight in a community known for upholding peace and rule of law.”

“Normalcy has since been returned with the intervention of police and military personnel and other sister security agencies.”

“Finally, we wish to reiterate our sincere sympathy as this is purely an accident and not the narrative of stray bullets or pursue as insinuated by some citizen journalists and a section of the traditional media.”