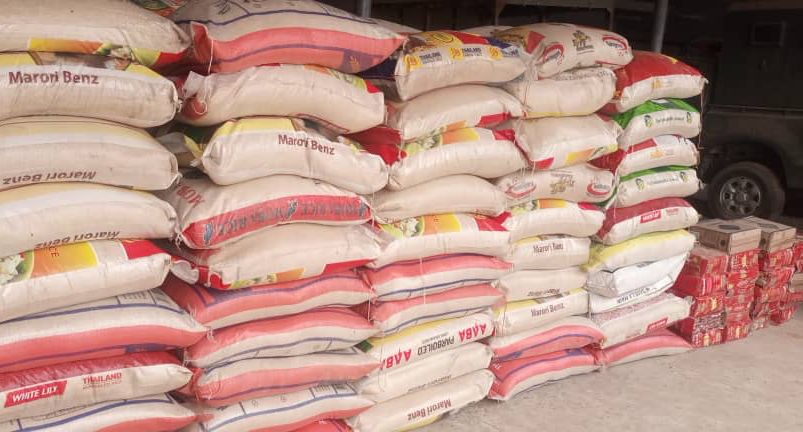 In continuation of its clamp down on banned goods into the country, Operatives of the Nigeria Customs Service, Federal Operations Unit, Zone ‘D’, have seized contraband items worth about N126 million from suspected smugglers.

The items include 605 bags of 50kg foreign parboiled rice, seven vehicles used as means of conveyance of the contraband, 54 bales of secondhand clothes and 215 cartons of foreign soap between January and June, 2022.

The Comptroller, FOU, Adesanmi Omiye, who disclosed this at a press conference, held on Thursday at the Zonal headquarters in Bauchi, said that the seizures were made possible through the commitment and determination of operatives of the zone.

Adesanmi Omiye said that: “The unit’s concerted efforts in suppression of smuggling activities have continued to yield good result despite the insurgency in some parts of the zone, the operatives of the Unit apart from blocking and suppressing smuggling within the Zone have made seizures”, he added.

Adesanmi Omiye also said that the action of the Nigeria Customs operatives are in line with the provision of sections 8 and 158 (power to patrol freely) and of Customs and Excise Management Act (CEMA) Cap C45 Laws of the Federation Republic of Nigeria 2004 as amended.

The Zonal Comptroller further said that the three suspects arrested within the period in connection with the seizures were released on bail.

According to him, these “unprecedented seizures” were achieved as a result of sharing of information, intelligence gathering and doggedness of the officers/Men of the federal Operations Unit Zone D in making the zone unbearable for smugglers.

He added that, “Let me use this medium to plead with well-meaning Nigerians to assist in providing genuine information that could aid in eradicating the menace of smuggling in the zone and the country at large”.

“They have to know that eradicating smuggling in this country will boost the economy which will make the Federal Government to provide social amenities to the citizenry,” he stated.

He however warned smugglers to repent from their nefarious activities vowing that the Nigeria Customs Service will not relent in its efforts at ridding the zone of smugglers.