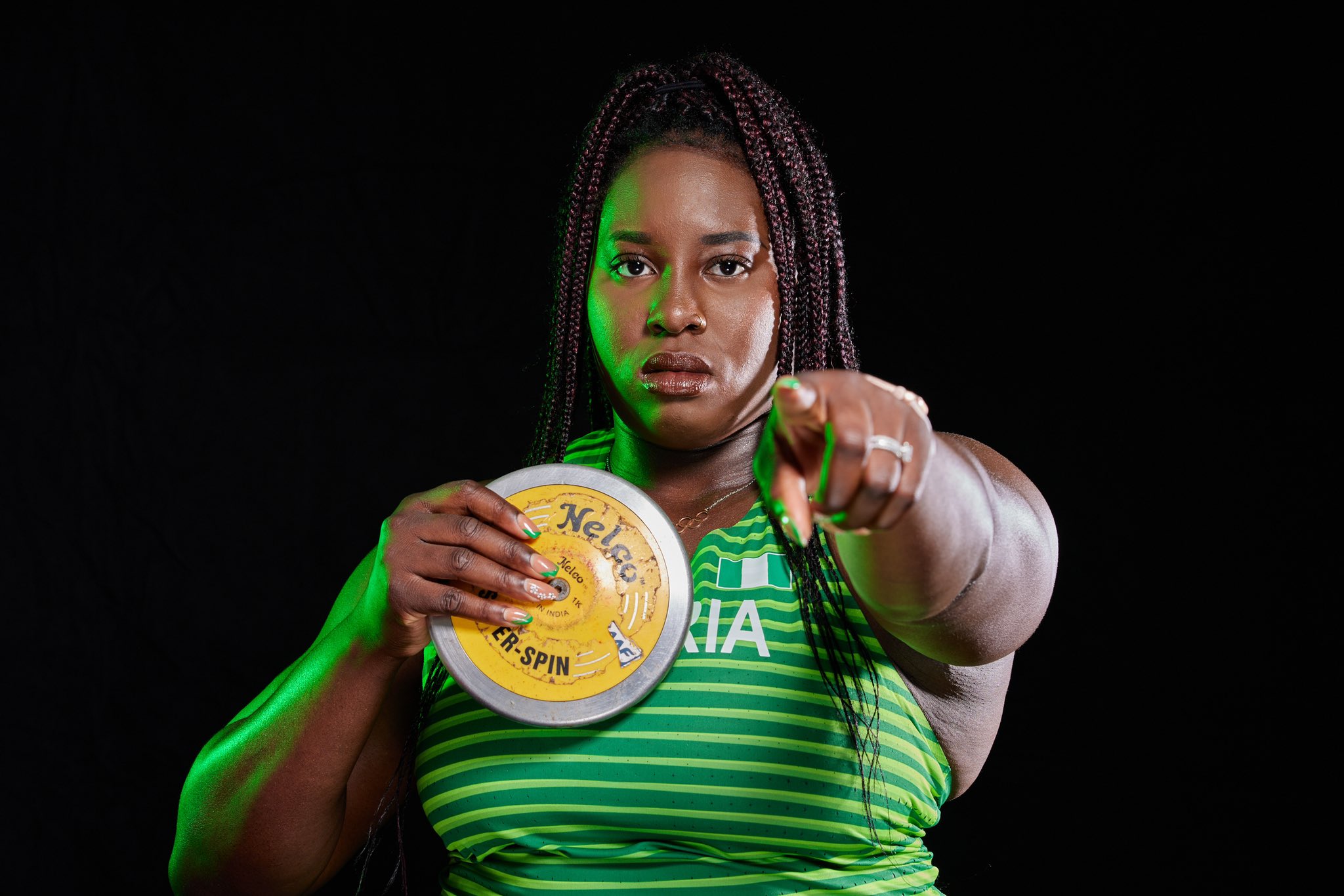 Nigerian athlete, Chioma Onyekwere has expressed delight over her winning of a gold medal at the ongoing Commonwealth Games on Tuesday night.

The 28-year-old threw 61.70m in her fourth attempt to take the lead from England’s Jade Lally who led from the start of the competition with her opening throw of 57.33m.

Onyekwere had opened with 55.82m. She then threw 56.42m in the second round, fouled the third attempt before swinging the discus to a personal season’s best mark of 61.70m as she went on to finish tops and clinch the gold in the event.

ALLOW ME TO REINTRODUCE MYSELF!

Team Nigeria made further history by producing two medallists in the Discus Throw event for the first time with reigning Nigerian champion, Obiageri Amaechi winning the bronze medal with her 56.99m fifth round effort.

Onyekwere has now become the second Nigerian after Adewale Olukoju to win the Discus Throw title for Nigeria in the history of the championships.

All focus will now shift to the men’s and women’s 100m semifinal on Wednesday, the men’s high jump and the women’s shot put final.

Team Nigeria so far has bagged 7 medals at the ongoing Games in Birmingham.

‘Portugal friendly lined up for Super Eagles in September’