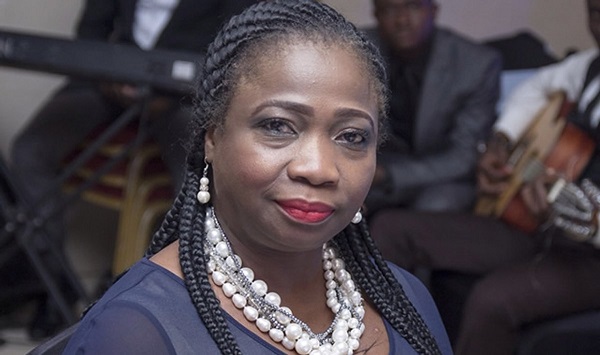 Chairman, Nigerians in Diaspora Commission (NIDCOM), Abike Dabiri-Erewa, has clarified she did not accuse Ethiopian and Egyptian airlines of running drug cartels in the nation’s airports.

This was in reaction to a news headline saying she accused some foreign airlines of running drug cartels in the country.

Dabiri-Erewa had on Wednesday appeared before the Senate Ad-hoc Committee on the plight of Zainab Habibu Aliyu, who was arrested by Saudi Arabian Police for a drug-related offence.

She had said: “I’m sorry to say, in all cases we’ve investigated; only two airlines have been involved, Ethiopian airline and Egypt air. All the cases, I didn’t say some. It’s been Ethiopia Air and Egypt Air.

“So, those two airlines, we have to, first of all, ensure compulsory baggage identification. Everybody going on that route, you must ensure that every passenger identifies their bags. If they don’t do that, don’t carry those bags. Because there are cartels inside there working on those things.”

However, in a statement by her Media Aide, Abdur-Rahman Balogun, on Thursday Dabiri- Erewa described as untrue, the report with the headline “Egypt, Ethiopian Airlines running drug cartels in Nigeria is a figment of the reporter’s imagination.”

According to her, the headline was totally incorrect and not a true reflection of what she said during the Senate committee public hearing chaired by Senator Kabiru Gaya.

The statement further read, “Dabiri-Erewa had during the hearing stressed the need for those two airlines to ensure compulsory baggage identification as all cases recorded on the issue of drugs had been from both airlines.

“Luckily enough, the representative of Ethiopian Air, who was at the public hearing, promised that baggage identification would be strengthened.

“The Senate public hearing was geared towards probing the circumstances surrounding the framing and eventual arrest of Zainab Aliyu in Saudi Arabia over allegation of carrying tramadol in her baggage.

“Members of the public are hereby urged to discountenance a previous publication that is contrary to this clarification.”