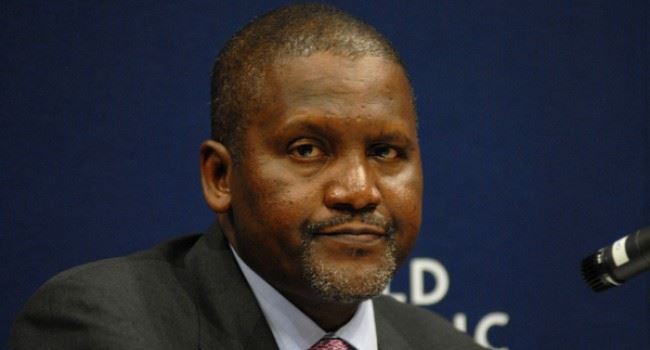 The tension between Dangote Group and BUA Group over the ownership of Obu-Okpella mining sites in Edo State heightened further on Monday as the former denied the claim by the latter to the sites in dispute.

The management of BUA Group had on Sunday said in a statement that a Federal High Court located in Benin City had issued a restraining order against Dangote Industries and the Nigerian Police Force, stopping them from interfering in the operations of BUA Group on the mining sites.

But Dangote Group, in a statement issued on Monday and signed by the Group Executive Director, Devakumar Edwin, urged regulatory agencies to ignore in its entirety the claim and publication by the BUA Group, saying it was fraught with misrepresentations and wilful distortion of facts.

The document noted that Dangote Group, had through its lawyers, defended in strong terms the suit filed by the BUA Group, seeking a perpetual injunctive order against further interference with their purported rights to property and privacy.

Edwin disclosed that Dangote Group had appealed the High Court judgment, emphasising that BUA Group cannot lay claim to, or operate on the mining sites until the appellate court gives its verdict.

He observed that Dangote Group and AICO entered a deal in 2014 for the transfer of the 2541 Mining Lease (ML) from AICO to Dangote Group.

Dangote Group warned the general public and those working with BUA Group against taking any decisions to enter, mine or interfere with the disputed mining leases until the determination of the appeal and/or the two suits pending before Umar J. as such steps will be considered a contempt of court.

“Once a party is aware of a pending court process, even when the court has not made a specific injunctive order, parties are bound to maintain the status quo, pending the determination of the court process,” Edwin added.