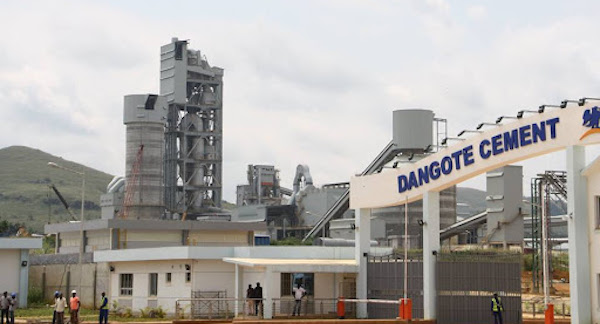 Dangote Cement Plc Friday announced its pre-tax profit for the first half of 2020 advanced to N126.143 billion, 5.8% higher than the N119.240 billion reported in the same period the year before.

With outstanding shares in the neighbourhood of 17.041 billion units, Dangote Cement’s Price to Earnings ratio stands at 10.97 on Saturday according to Bloomberg.

Shares in Dangote Cement closed on the floor of the NSE Friday at N134.20 per share.

Related Topics:DangoteDangote Cement
Up Next