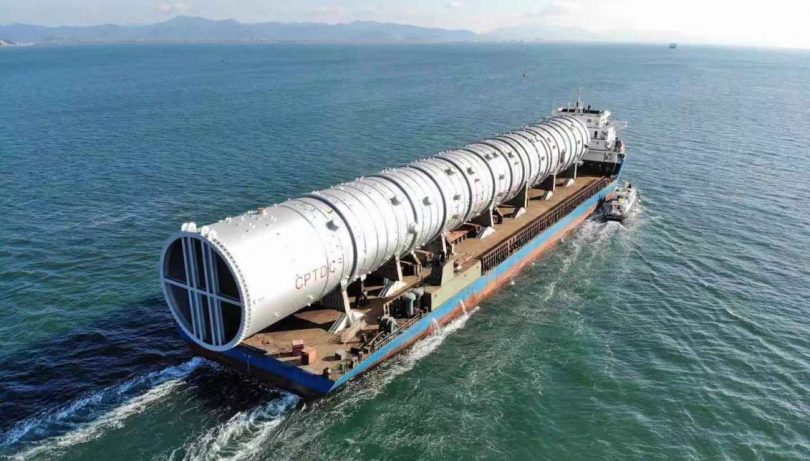 With a projected capacity of 650,000 barrels per day, the Dangote Refinery is expected to be the world’s biggest single-train facility upon completion in 2020.

The multi-billion dollars refinery will produce various petroleum products including Euro-V quality gasoline and diesel, as well as jet fuel and polypropylene.

“On July 29, the world’s largest atmospheric tower built by Sinopec slowly left a wharf in Ningbo. Following the Maritime #SilkRoad, it will travel to #Nigeria and be installed at the world’s biggest single-train facility – Nigeria’s Dangote Refinery,” Sinopec tweeted on its verified account.

In July 2017, major structural construction began, and Dangote estimated that the refinery would be mechanically complete in late 2019 and commissioned in early 2020.

According to Reuters, citing sources familiar with the project, construction was likely to take at least twice as long as Dangote publicly stated, with partial refining capability not likely to be achieved until 2022.

An associated project at the site of the refinery, a urea fertilizer factory, is scheduled to begin operation in late 2018 and produce about three million tons of urea annually.