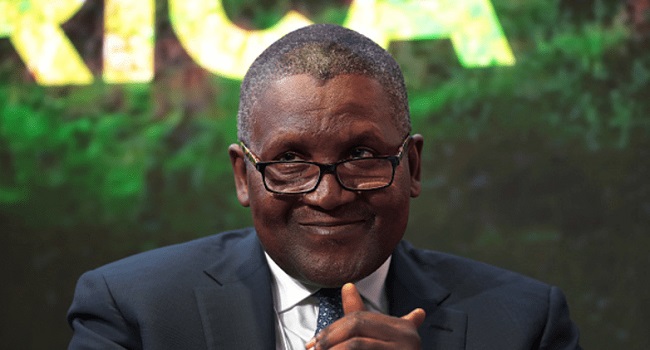 For the umpteenth time, Africa’s richest man, Aliko Dangote has voiced out his intentions of becoming the owner of English Premier League club, Arsenal.

The 62-year-old billionaire, who has always been about taking over ownership of his favourite club, hinted he would likely go for it sometime in 2021.

Dangote is currently building the Dangote Refinery in Lagos which will become one of the world’s largest oil refineries once completed.

Speaking on the David Rubenstein Show in America, in an interview recorded back in September, Dangote said: “It is a team that yes I would like to buy some day.

“But what I keep saying is we have $20billion worth of projects and that’s what I really want to concentrate on. I’m trying to finish building the company and then after we finish, maybe some time in 2021 we can.

Stan Kroenke is currently the highest shareholder of Arsenal.

Dangote is equal to the task as Africa’s richest man, ranked at number 136 on the Forbes world rich list, thanks to his 85% ownership of the publicly-traded Dangote Cement and stakes in publicly-traded salt, sugar and flour manufacturing companies.