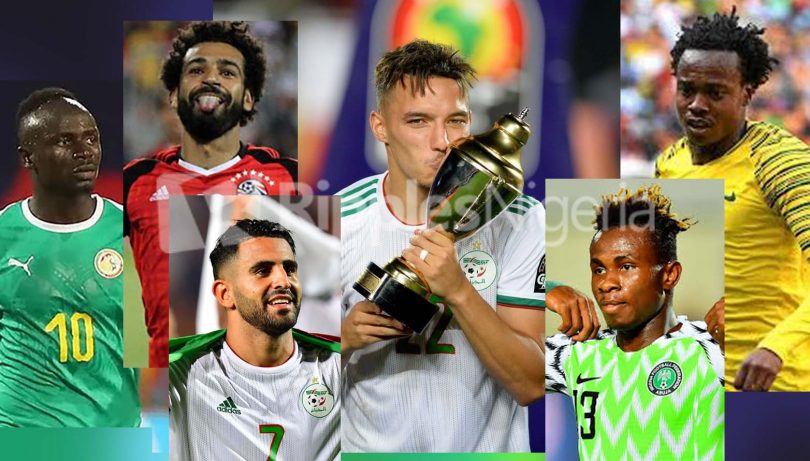 The Desert Foxes of Algeria defeated the Teranga Lions of Senegal in the final of the 2019 Africa Cup of Nations in Cairo, Egypt on Friday night to lift their second trophy in the history of the tournament.

The North Africans’ well-deserved victory in Egypt came after 29 years since their first triumph, as they last won the competition in 1990 when they served as the host nation.

With 32 editions of the AFCON already played between 1957 and 2019, data, as collated and analysed by Ripples Nigeria’s Ben Ugbana showed that the North-African region of the continent has dominated the competition.

The region has bagged a total of 12 Nations Cup gold medals, followed by West Africa and Central Africa, both having 9 gold medals to themselves, while East Africa and Southern Africa have a gold medal respectively. 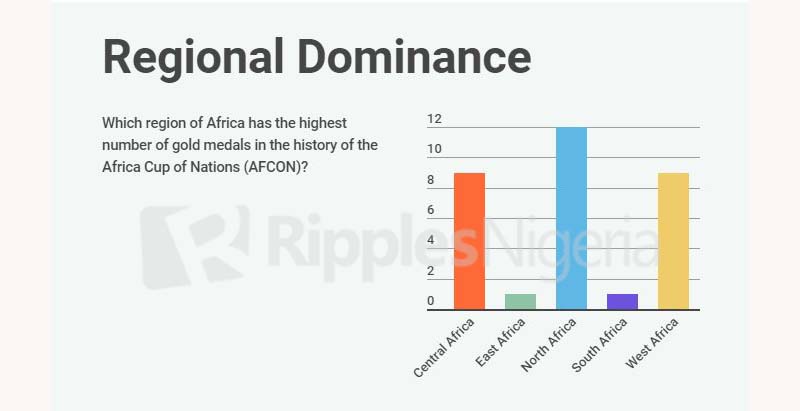 It is also worthy of note that only 14 countries, out of the 56 member countries of the Confederation of African Football (CAF) have won the AFCON title since its inception in 1957.

Of the 14 countries, Egypt has had dominance with 7 titles to their name. The Pharaohs of Egypt did take the continent by storm when they won the title three times in a row between 2006 and 2010.

The Pharaohs hosted the just-concluded 2019 edition with the hope of making it a record-extending 8th title, but were defeated in the second round of the competition by the Bafana Bafana of South Africa.

Behind Egypt are the Indomitable Lions of Cameroon with 5 titles; the Black Stars of Ghana with 4 titles; the Super Eagles of Nigeria with 3 titles; the Democratic Republic of Congo, Ivory Coast and Algeria with 2 titles respectively.

The other countries – Congo, Tunisia, Morocco, Ethiopia, Sudan, South Africa and Zambia – all have one titles each. 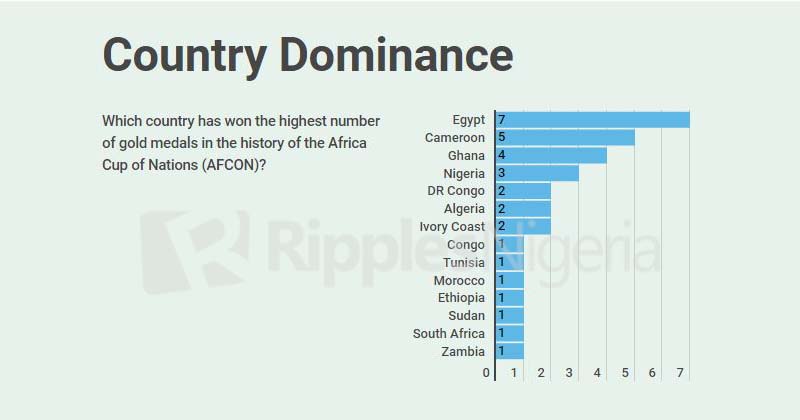 Meanwhile, the Super Eagles are leaders on the continent when it comes to the total number of medals won.

Having won a record-extending 8th AFCON bronze after defeating the Carthage Eagles of Tunisia in the third-place playoff in the just-concluded tournament, the Nigerian national team now has a total of 15 medals in all, which includes 4 silver medals.

The Super Eagles have reached the final of the AFCON a total of seven times. The team emerged victors on three occasions and finished as runners-up on the other four occasions, losing to Cameroon thrice and to Algeria once.

Behind Nigeria in the haul of AFCON medals are the Pharaohs, who have a total of 12 and the Black Stars with 11. On fourth and fifth spots are Cameroon and Ivory Coast with 8 medals each. 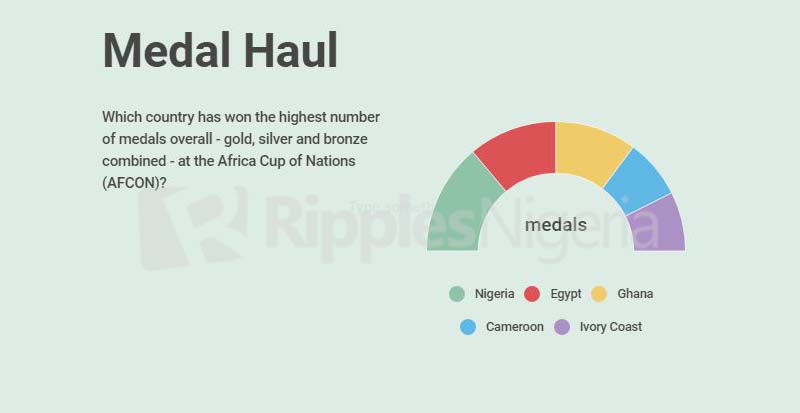 AFCON Team with most medals

The Nations Cup has expanded from 3 participating teams in the maiden edition to 24 teams in the just-concluded one.

The 33rd edition of the tournament in 2021 will be hosted by Cameroon, who were originally given the hosting rights of the 2019 edition before the Central Africans were stripped of it.

Ivory Coast is billed to host the 2023 edition while Guinea is to host in 2025, both countries being from the West African region.

But so far, as shown by the data represented below, North Africa, which has won the most titles in the competition, has hosted the tournament more than any other region since the inception of the Nations Cup.

Having hosted a total of 12 times, they top the list of host nations, ahead of West Africa which has hosted 9 times, Central Africa 8 times and South Africa twice, while East Africa is yet to host. 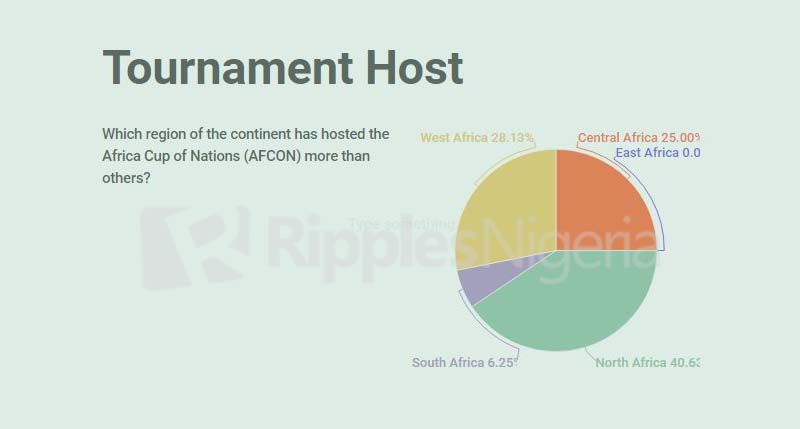 Region with most AFCON hosting rights