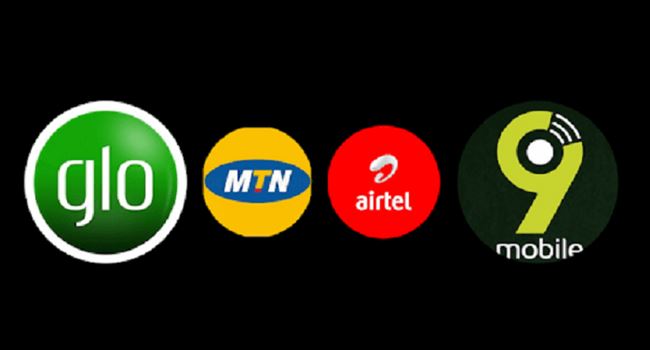 Data war had no winner in January 2021, as all network providers lost in the first battle of the year. The clash cost the telecoms industry 2.97 million subscribers, with neither MTN Nigeria, Airtel, Globacom and 9mobile securing additional data subscriber.

In an analysis of the industry data obtained from the Nigeria Communications Commission (NCC) Ripples Nigeria gathered that MTN Nigeria and Airtel lost the highest data subscribers, with both network providers losing more than 2.62 million data subscribers within one month.

However, MTN Nigeria lost the highest number of data subscribes, as 1.37 million data users left the y’ello network in January, causing MTN Nigeria’s data subscriber base to deplete to 63.98 million, from the 65.35 million subscribers held in December.

Airtel followed closely with its loss of 1.25 million data subscribers, which dwindled Airtel’s data subscriber base from 41.28 million in January to 40.03 million which Airtel recorded in December.

9mobile recorded less data subscriber loss when compared with MTN Nigeria and Airtel. 239,995 subscribers exited 9mobile in January, pushing the network provider’s data subscriber base down to 6.88 million, below the 7.12 million 9mobile had in the preceding month.

Globacom recorded the lowest loss during the period under review, as analysis showed the telecom firm lost 110,888 data subscribers within the one month period of January, causing 9mobile’s subscriber base to crash from 40.10 million to 39.99 million.

Note that data subscribers have been complaining of high depletion rate, especially from MTN and Airtel, with MTN acknowledging in 2019 that its improved system is the cause of the high depletion rate – that has come back to bite them.

While some subscribers of Glo and 9mobile have complained of poor network service, this didn’t reflect much on their subscriber loss, but proves subscribers prefer to stay with networks that cost less even if service is not so great.

This could have been influenced by the cost of living in Nigeria, as inflation rate continues to rise, fuel price and electricity tariff increased to reflect market realities. This has reduced the purchasing power of Nigerians, as the data cost is one of the highest in Africa.