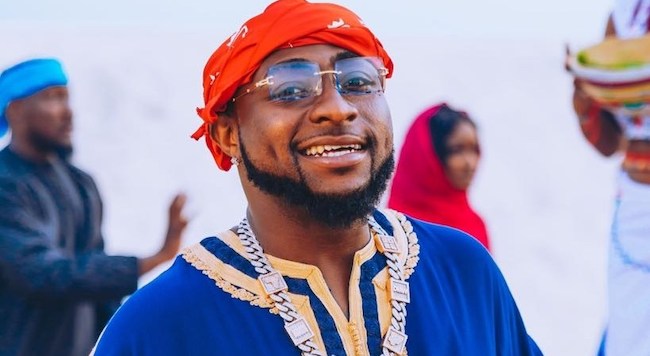 Nigerian music artiste, David Adeleke, popularly known as Davido, has taken to his social media page to call out a show promoter for allegedly duping him in Italy.

Taking to his Instagram page, the singer noted that after he arrived in Italy for a show, the promoter didn’t keep up with his part of the agreement.

Davido noted that the show promoter sold thousands of tickets but has refused to pay him for the show.

The Afrobeats icon detailed the struggles and efforts he made to show up for the event, but for the promoter to take his “craft and hard work for granted.”

“We overwork our bodies, blood sweat and tears daily to keep up and deliver these shows for our fans, only for people to take our craft and hard work for granted,” Davido said.

Davido stated further that though he travels by private jet most of the time, he had to take three connecting flights to get to Italy due to logistic issues.

He added, “I fly private 90 percent of the time but due to logistic issues we couldn’t get a landing permit on time.

So I even the decided to take almost three connecting flights to get here. We get here and promoter did not keep up to his own part of the agreement.

“He has soid thousands of tickets but doesn’t want to pay me! Normally it’s no balance, no show.

“I’ve been at the hotel for the past four hours waiting for either cash or a wire…still nothing!”

Addressing the show promoter, Davido added, “How do you sell seven thousand tickets but you don’t have my balance, you fraud? Havoc entertainment.”

The singer revealed that he knew how people go out of their way to pay for his shows and for that reason he’d perform at the event.

“I know how many people used their last to see me! So because of that I will do the show!!,” Davido said.

Related Topics:davidoShow promoter
Up Next

One half of popular twin duo, Mamuzee, announces demise of wife