Davido, Chioma unfollow each other on IG as new scandal erupts | Ripples Nigeria

Home » Latest » Davido, Chioma unfollow each other on IG as new scandal erupts 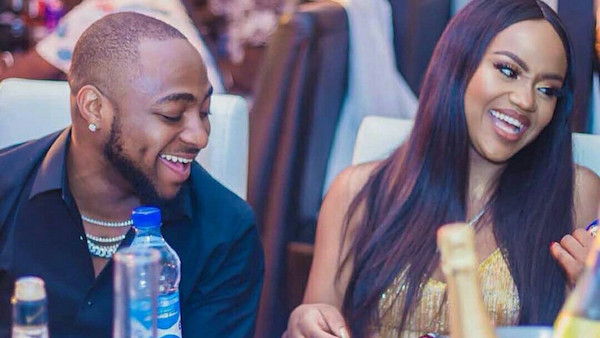 The pair of David Adeleke, aka Davido and his fiancé, Chioma have sent social media talking after the about-to-wed lovers unfollowed themselves on picture and video sharing platform, Instagram.

Concerned fans went as far as going to run a search on the individual pages of both lovers with screenshots that have since gone viral online showing that the music star unfollowed the mother of his first son, and she did the same thing in return.

Nerves were however calmed later when the pair who may have been moved by the concern shown by their fans both returned hours later to follow their individual accounts on Instagram.

The development came after the CEO of Golden Records Entertainment, King Patrick, claimed that Chioma was actually Peruzzi’s ‘side chick’ whom he pimped out to Davido under the guise of her being his cousin.

King Patrick had earlier set social media on fire after he claimed that singer Peruzzi was his artiste signed on to Goldenboy Records and that he moved on to Davido’s DMW thereby breaching a contract signed with his label.

King Patrick called out Davido for allegedly denying him royalties for four songs recorded by Peruzzi for his label. According to him, the songs are: FIA, Ada, Mind and Risky.

Patrick who narrated how he met Peruzzi, and how he allegedly paid his bills, signed him, and got him an accommodation only for the artist to allegedly sly him and breach terms, said that Davido aided Peruzzi to breach his contract by signing him to his label DMW.

The label boss even went further to ‘pull out receipts’ to back his claim of Davido singing the said songs Peruzzi recorded under his label, accusing Davido of owing him as much as Peruzzi does. 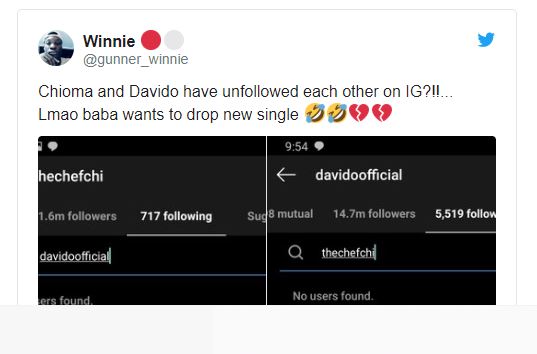 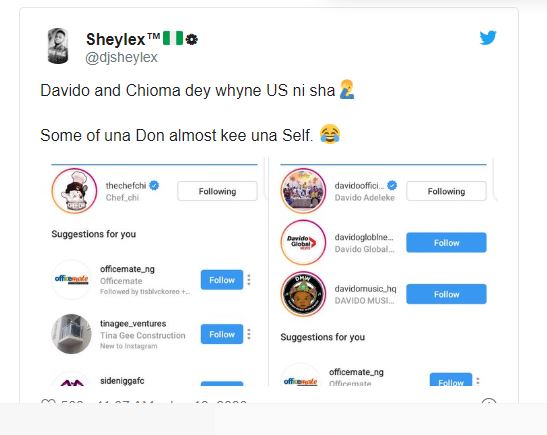