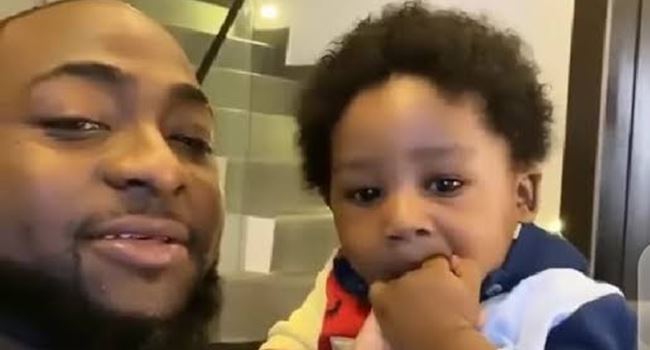 In an Instagram post on Monday, May 3, Nigerian recording artiste, Davido dubbed his son, Ifeanyi, his ‘heir apparent’.

Recall Davido welcomed the young lad with his estranged partner, Chioma Rowland in 2019. He has continued to eulogize Ifeanyi across various platforms; including featuring his 1-year-old son on the cover of his 2020 album, A Better Time.

Sharing a photo of the boy, he wrote; ‘Heir apparent.

The Nigerian singer-songwriter and record label executive has a number of baby mamas, Ifeanyi’s mother, Chioma Rowland is his 3rd.

Davido also has two daughters which he shares with Sophia Momodu and Amanda, who is based in the U.S.

There are also rumours that Davido welcomed a fourth child, a boy, with Angolan born makeup artist, Larisa Yasmin Lorenco, however, the singer is yet to confirm the speculation.

Over 7,800 sign petition against release of alleged paedophile, Baba Ijesha