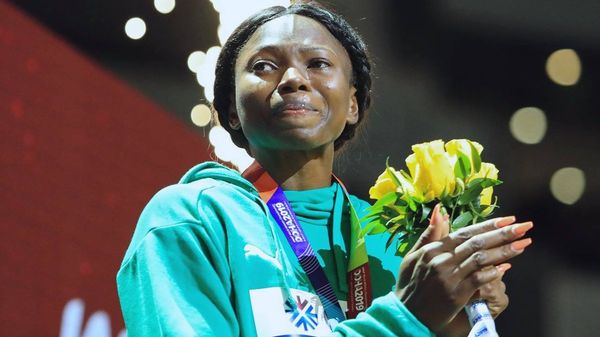 For what many would say had begun on a rather disappointing note for Team Nigeria, the rescheduled Tokyo Olympics have turned around to put some smiles on the faces of Nigerian fans.

Ripples Nigeria’s Ben Ugbana had on Day Four of the Games, expounded on how Team Nigeria were already out of medal race in five of the 10 sports they are participating in.

The four Nigerian representatives in the men’s and women’s table tennis events – Aruna Quadri, Olajide Omotayo, Funke Oshonaike and Edem Offiong – fell to early exits in their respective bids for a podium finish.

Recall that Aruna, African number one player, had expressed his shock over his stunning third-round loss by saying, “I feel disappointed I could not get a medal to say thank you to Sports Minister, Sunday Dare.”

Around that time, the team’s sole representative in the artistic gymnastics, Uche Eke, had also crashed out, as well as Esther Toko, who competed in Rowing.

And it did not get better for the team in the few days that followed at the Japanese capital as Abiola Ogunbanwo also crashed out despite setting a new Nigerian swimming record.

Things grew worse on Day Six when only 12 athletes in track and field were cleared to compete as 10 Nigerian athletes were disqualified by the Athletics Integrity Unit (AIU) for not meeting the required three out-of-competition tests.

The news of disqualification of athletes created so much disorder in the Nigerian camp as athletes took to their social media accounts to call out administrators of sports in the country.

At the same time, there was a reported misunderstanding between the disqualified athletes and Nigerian officials, who needed an order from the International Olympic Committee (IOC) to release the gifted Samsung S21 phones to the athletes.

The woes continued, as top sprinter, Blessing Okagbare was also shown the exit door by AIU on Day Eight after the result of a doping test done prior to the Olympics, had shown she tested positive for a prohibited substance.

The one-time Olympic medalist had already clinched a semifinal spot in the women’s 100m race after cruising to a win during the heat. But the doping result forced her out of the competition.

By Day 10, the Nigeria men’s and women’s basketball teams, D’Tigers and D’Tigress had been knocked out of their respective events after they both lost three of their group matches respectively.

Much was expected from both teams, especially the men’s team, who had defeated world number one team USA in one of their warm-up games ahead of the Olympics.

The Mike Brown squad, ranked fourth in the power ranking by FIBA on the eve of the Games, had also defeated world number four Argentina in another warm-up game, but could not do much against Australia, Germany and Italy in the competition proper.

Any Hope for Team Nigeria?

For 10 days, team Nigeria were yet to have any medal from the Games, but there had been some inspiring moments, which gave fans and other stakeholders that Nigeria’s future was bright.

In the men’s 100m event, which saw 24-year-old Divine Oduduru disqualified for false starting, Nigeria’s other representatives in the event, Enoch Adegoke and Ushoritse Itshekiri did put up brilliant performances but were unlucky.

Itshekiri reached the semis while Adegoke went on to reach the final but failed to finish strong as he appeared to have suffered a knock on his foot during the race, which saw Italy’s Lamont Marcell Jacobs clinch the gold medal on Day nine.

On the morning of the following day, Nigerians thought the wait for a medal was finally over as top sprinter, Tobi Amusan was going to compete in the final of the women’s 100m hurdles.

But the African and Commonwealth 100m hurdles champion narrowly missed the bronze medal in her event as she finished fourth place in the final of the event.

Elsewhere, sprinter Grace Nwokocha could not go past the semifinals in the women’s 200m race after running 22.47 seconds to finish ninth overall.

Oduduru also failed to make it to the final of the men’s 200m final after he narrowly missed out by 0.06 seconds.

Late in the 10th day of the Games, Nigeria became sure of clinching at least a medal, as wrestler Blessing Oborodudu qualified for the final of the 68kg category of her sport.

Her feat on that Monday evening guaranteed a medal for the team, as she was definitely going to bring home either a gold medal or a silver one the following day.

And it came to pass on Tuesday that Oborodudu put up a fair display in the final against USA’s 28-year-old Tamyra Mensah but settled for a silver medal.

It was a historic feat for the athlete, who is now the first Nigerian wrestler, man or woman, to win an Olympic medal in the sport.

Earlier on Day 11, African record holder in long jump, Ese Brume, capped what has been an excellent outing with a third-place finish in the women’s event.

Brume’s feat broke the jinx for Nigeria, who had not won a medal in Athletics since 2008, a long jump silver medal won by Okagbare and another silver by the women’s 4×100m relay team.

But as it stands, team Nigeria now have two medals – a bronze in long jump and a silver in wrestling – and are hoping to secure more medals at the Games which are billed to come to a close on Sunday, 8 August.

All eyes are now on wrestler Odunayo Adekuruoye and Shot Put athlete, Enekwechi, who is already in the final of his event.