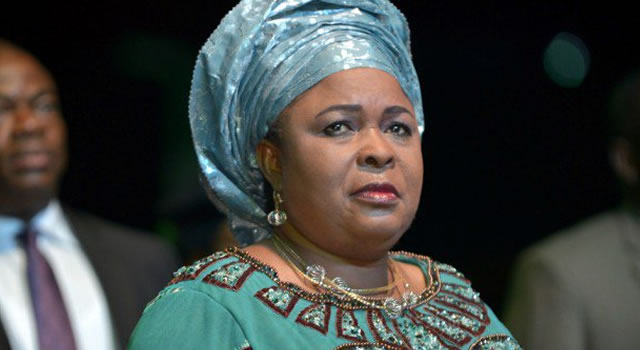 The Supreme Court has dismissed an application filed by former lady, Patience Jonathan seeking to upturn the interim forfeiture order by a Federal High Court in Lagos placed on the sum of N2.4 billion linked to her.

This new development was revealed in a statement issued on Friday by the Ag. Head, Media and Publicity of the Economic and Financial Crimes Commission, Tony Orilade.

Earlier, the Supreme Court had affirmed an order of interim forfeiture made by the Lagos Division of the Federal High Court in respect of $8.4m linked to the wife of former President Goodluck Jonathan.

EFCC had traced the said sum to her and alleged that it was proceeds of illegal activities.

According to the anti-graft agency, the N2.4 billion was surreptitiously kept in the bank account of La Wari Furniture and Baths Limited, domiciled with Eco Bank Plc.

Recall that in 2017, Justice Mojisola Olaterogun had ordered the interim forfeiture of the money, and held that anyone interested in it should appear before the court to show cause why it should not be finally forfeited to the Federal Government.

Patience had consequently approached the Court of Appeal, Lagos Division, seeking to upturn the ruling of the lower court.

However, ruling on the appeal on January 12, 2018, the appellate court, in a lead judgment read by Justice Mojeed Owoade, rather upheld the interim forfeiture order.

Patience, through her counsel, Mike Ozekhome (SAN), yet again filed an appeal challenging the ruling before the Supreme Court.

Once again, the five-man panel of Supreme Court justices in a unanimous ruling, delivered on Friday, March 15, 2019, upheld the interim forfeiture order of the N2.4 billion.