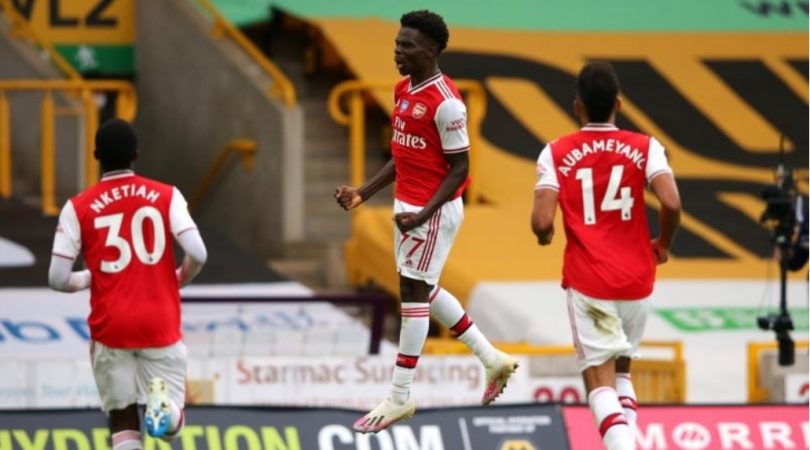 The 18-year-old, who has so far bagged 11 assists from 35 appearances this season, now has a goal to his name as the Gunners continue to push for a place in Europe next season.

Saka had just signed a long term deal with the club last Wednesday.

Arsenal defeated Wolves 2-0, continuing in their revival having won three straight games following defeats since the resumption of the league last month.

Alexander Lacazette scored late to seal victory for the Gunners, who have now climbed past Sheffield United to seventh on the table.

For Wolves, defeat dented their top four hopes, but they remain on sixth, two points behind fifth-placed Chelsea – and three points behind fourth-placed Manchester United.