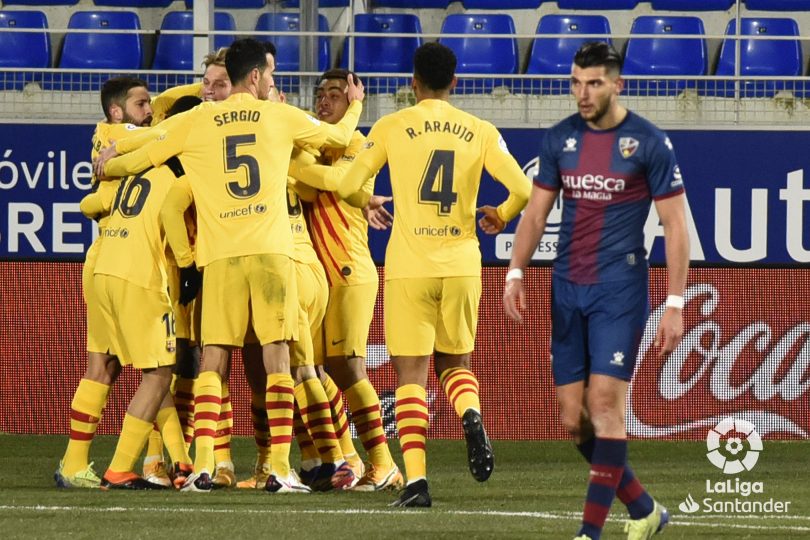 Frankie de Jong scored the only goal of the game as Barcelona defeated their hosts Huesca in a La Liga encounter on Sunday.

De Jong’s goal came on 27 minutes and was an effort that came from a Lionel Messi assist.

Messi, playing in his 750th match for Barcelona and 500th in La Liga, bagged his 200th assist in the Spanish topflight.

The result means Barcelona move up to fifth place but they remain 10 points adrift of leaders Atletico Madrid, who have a game in hand.

Huesca remain four points from safety, having played a game more than those around them in the relegation zone.

Earlier on Sunday, a 90th-minute goal from Luis Suarez gave Atletico Madrid a 2-1 victory at Alaves.

The 33-year-old, who joined Atletico in September, pounced from close range, after Marcos Llorente had put Atletico ahead on 41 minutes before Alaves had Victor Laguardia sent off but equalised with a Felipe own goal.

The win helped the Madrid giants climb above their city rivals Real as they returned to the top of La Liga.