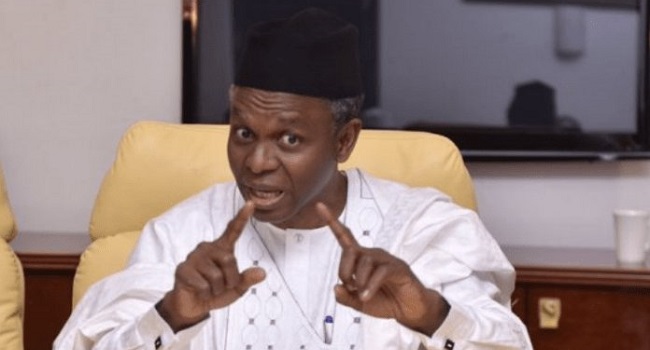 The closure of all gas refill stations located within residential areas in Kaduna State has been ordered with immediate effect by Governor Nasir El-Rufai.

The governor who gave the order on Monday said that gas refill stations should relocate to industrial layouts and also appealed to residents to report such gas outlets to government for immediate action.

El-Rufai who visited the scene of Saturday’s gas explosion at Sabon Tasha, Kaduna, also added that the government will give gas dealers land in industrial areas where adequate precautions to prevent such explosions will be put in place.

The governor said; “It is most unfortunate that this incident has happened. It is further proof and evidence that this is a high risk activity that should not be allowed to be located in residential areas.

“We will relocate them; we will give them land in industrial areas where adequate precautions to prevent things like this will be put in place.

“But for now, we have to get all these gas refilling plants within the metropolis and towns relocated. We are mapping all of them. For now they are shut down,” he stressed.

The governor advised residents to report anyone found refilling gas within residential areas.

“You should report to Kaduna Environmental Protection Agency so that measures can be taken to chase them out.

“While the person might be doing it for money, but you will be the victims. So report to KASUPDA or KEPA or write directly to me. It is my duty to ensure that everyone is safe,” he said.

FACE-OFF WITH IRAN: US issues travel advisory for nationals in or travelling to Nigeria

Will new Callaba displace Skype as platform of choice for video conferencing?