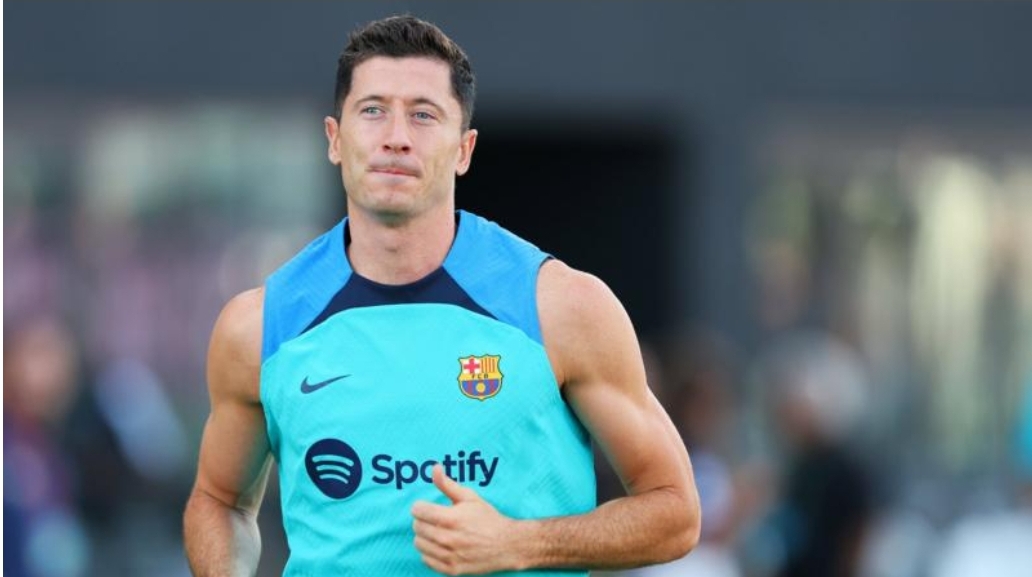 Lewandowski made the move from German Bundesliga side Bayern Munich on a four-year contract worth 50m euros.

The 33-year-old had one year left on his contract with the Bundesliga champions but chose to move.

The reigning FIFA Best player of the year has already joined his new team-mates in Miami as part of Barcelona’s four-match tour of the United States.

“The last few days have been very long, but the deal is done and now I can focus on a new chapter and challenge in my life.

“I’ve always wanted to play in La Liga and for the big clubs.

“I’m here to help Barca get back to the top and win as many titles as possible.”

Lewandowski joined Bayern on a free transfer in 2014 after his departure from Borussia Dortmund.

He scored 344 times in 374 games for the Bayern, and is the club’s second-highest scorer of all time behind Gerd Muller.

Lewandowski has won the league in all eight of his seasons at Bayern and also won the Champions League in the 2019-20 season.