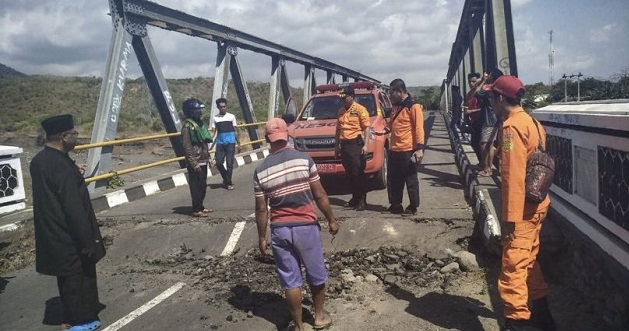 The death toll arising from the 6.4 magnitude earthquake which struck the Indonesian island of Lombok has risen to 14 according to reports.

Rescue officials have also revealed that more than 160 were injured as an early morning tremor was followed by two strong secondary quakes and more than 60 aftershocks.

“It happened so suddenly at around six in the morning. Suddenly everything simply collapsed,” said Siti Sumarni, a resident of Sembalun, the worst-hit area. “My child was inside the house, thankfully he survived.”

Authorities say the rampaging earthquake hit Lombok island early in the morning when many people were still sleeping.