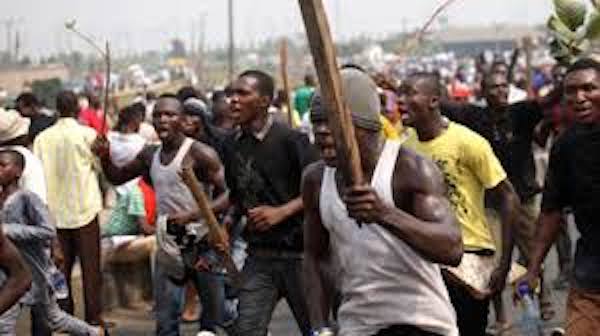 The death toll in communal clashes between communities in Minago chiefdom of Bassa Local Government Area of Plateau State and itinerant Fulani herdsmen which began on Saturday night and spilled into Sunday, has risen to 13, while over 250 houses have been razed in the process.

This was contained in a statement signed by the National Publicity Secretary of the Irigwe Development Association, Davidson Malison, and made available to Ripples Nigeria on Monday morning.

The statement added that the clashes also left many people injured while over 40 farmlands were destroyed.

“13 people have been killed so far, while several others were injured and are receiving treatment at undisclosed hospitals.

“Over 40 farmlands with a variety of crops were completely destroyed and several household items and domestic animals stolen,” the statement said.

Describing the situation as “unfortunate and uncalled for,” the Irigwe group urged the state government and security agencies to intensify efforts towards securing the lives and property of the people.

Also confirming the incident to RipplesNigeria via telephone, the state police spokesman, ASP Ubah Ogaba, said that the command had since deployed its personnel to the area to ensure law and order.

“The Police is on top of the situation; more personnel have been deployed to the area. Investigation is also ongoing to bring the perpetrators to book.

“After receiving the report on Sunday, special forces were dispatched to ensure security in the area and to maintain law and order.

“The Commissioner of Police, CP Edward Egbuka, and other senior officials have visited the scene and ordered an immediate investigation into the cause of the incident.

“But now everything is back to normal in the area,” Ogaba said.