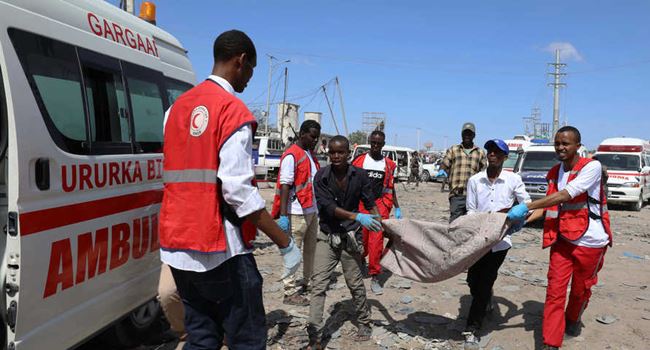 The death toll arising from a car bomb attack which targeted a tax collection centre during Saturday morning rush hour in Mogadishu, the capital of Somalia has risen from 22 to 78.

Local authorities also revealed that the number of wounded victims in the attack which affected children and several university students, who had been travelling in a bus, has also risen from 30 to 100.

“The number of the dead from the blast is still increasing, we now have 78 dead and 125 injured,” the director of the private Aamin Ambulance service, Abdukadir Abdirahman Haji revealed.

There were however conflicting reports about the number of casualties. Speaking to Al Jazeera, the adviser to Mogadishu’s mayor said the death toll “is above 90 at the moment”.

“There are many casualties as well so the death toll is expected to rise,” Hodan Ali said, adding that the explosion took place at the Ex-Control junction.