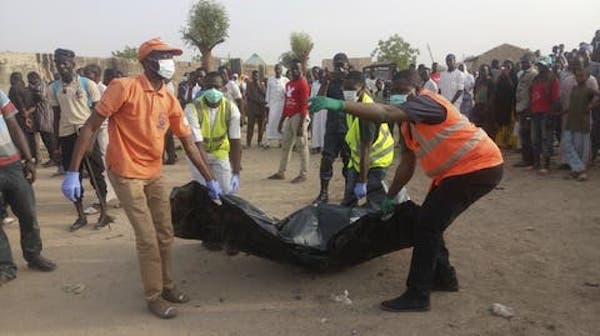 The Borno State police command said on Friday the death toll from the suspected Boko Haram attack in the state capital, Maiduguri, had increased to six.

The state Commissioner of Police, Mohammed Aliyu, told journalists that 27 persons were fatally injured in Thursday’s mortar attacks in Gwange, Custom, and Gidan Ayaba areas of the metropolis.

According to him, the victims which included one woman and five others were hit by explosives in separate locations within the city.

He said the command had deployed 7,000 personnel to secure the metropolis.

Aliyu said: “Those deployed are personnel from the Explosive Ordinance Department (EOD), Special Anti-Robbery Squad men with armoured vehicles and sniffer dogs, Civilian Joint Task Force, hunters, and the Rapid Response Squad to secure the outskirts of the city.”

The police commissioner urged members of the public to avoid large gatherings and report any suspicious movement to the police.

He also warned youths in Borno to desist from any act capable of disrupting the peace in the state.

Several explosions rocked Maiduguri on Thursday less than 24 hours after Governor Babagana Zulum’s convoy was attacked by suspected Boko Haram fighters in Baga, a town of about 200 kilometres from the state capital.