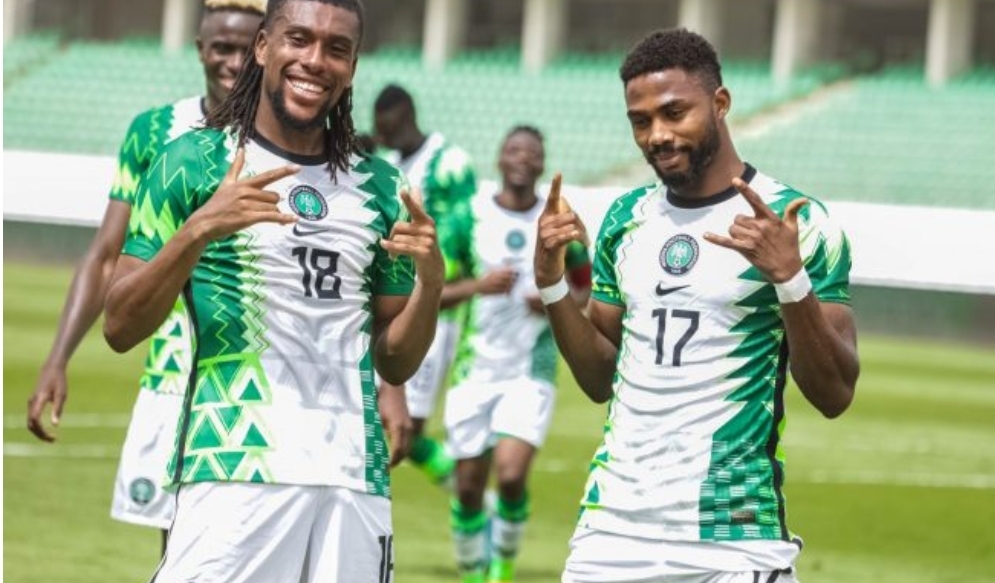 Premier League duo of Ademola Lookman and Emmanuel Dennis have expressed their excitements after scoring their debut goals for the Nigeria senior men’s football team.

Lookman and Dennis were among the scorers in the 10-0 demolition of Sao Tome and Principe by the Super Eagles in an Aftica Cup of Nations (AFCON) qualifiers on Monday.

Victor Osimhen scored four while Oghenekaro Etebo, Terem Moffi (a brace), and Moses Simon were also on target in the massive victory in Morocco.

The victory takes Nigeria to top of the group A of the qualifiers, having earlier won 2-1 over Sierra Leone in the opening game of the series last Thursday in Abuja.

“Been waiting for this moment and yesterday (Monday) I scored my first goal for my nation Nigeria. Thank you to everyone for your support,” Lookman wrote on Twitter on Tuesday.

Lookman has made four appearances for the team.

For Watford striker, Dennis, who scored the last goal in the 10-0 victory from the spot, it was a thing of joy to finally open his goal account for his country.

“First one for the Eagles. A priceless feeling,” he wrote on Twitter.

Dennis has made seven appearances for the senior national team.