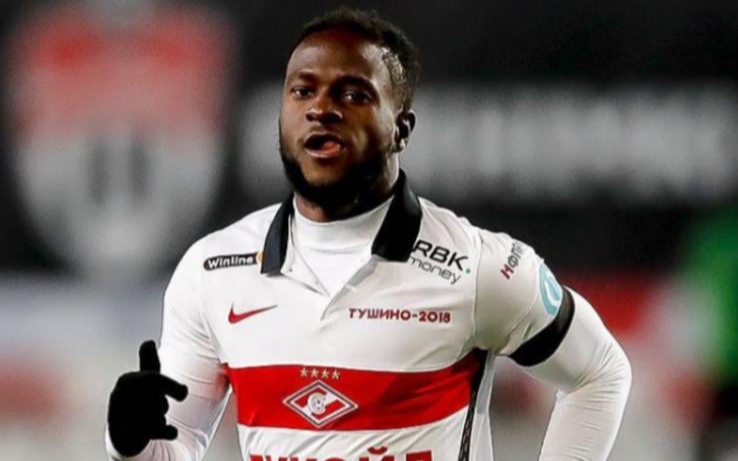 Nigerian winger, Victor Moses made a winning debut at Spartak Moscow over the weekend after completing a loan move from Chelsea.

The 29-year-old, who is currently on his sixth loan stint away from Chelsea since joining the club in 2012, signed a season-long loan deal with Spartak.

The Russian club defeated Khimki 3-2 in a league clash on Saturday as Moses made his first appearance.

Delighted to make my debut for this great club! Great to start with a win yesterday, hopefully the start of many 🙏🏿 pic.twitter.com/EZm0sUh2Oz

Moses was brought on in the 55 minute of the game, as a replacement for Nail Umyarov.

The former Liverpool and Wigan winger will hope to make his first start when Spartak take on Yenisey in an Cup clash on Wednesday.