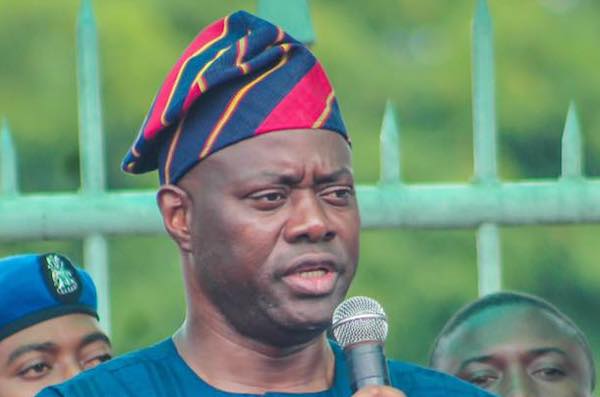 The Oyo State chapter of the All Progressive Congress (APC) has called on Governor Seyi Makinde of the Peoples Democratic Party (PDP) to explain the source of his assets said to be worth N48 billion.

The challenge was thrown at Governor Makinde by the state chairman of the opposition APC Tuesday.

He said; “I don’t think I want to make comment on the issue since I have no idea, but it raises a number of issues.

“He just declared what he has, how did he come about the asset is not there,” Oke said.

The chairman said it would be too early to assess the performance of the governor who has spent just a few days in office.

Read also: Buhari tags Obasanjo, others as ‘unpatriotic’ over criticisms on insecurity

“Going by my experience and exposure, I think it is too early to honestly assess a governor just after few days office, I will rather wait till after 100 days or even after 6 months.

“To start accessing people after 6 weeks in office will be so unfair if one want to be honest to his conscience,” he added.

Makinde in a statement by his chief press secretary, Taiwo Adisa, revealed that his asset is worth over N48 billion.

These assets are listed as cash both at hand and in the bank, landed properties (developed and undeveloped), household items, share and bonds owed by the him, his wife, and his companies.