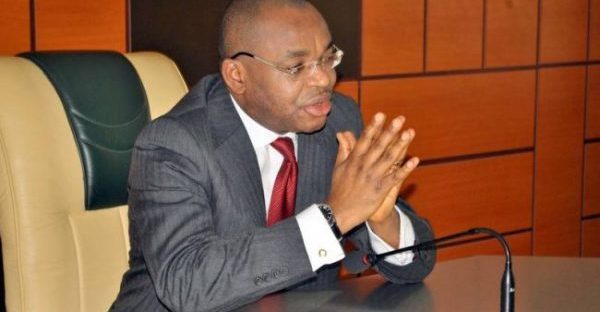 The ongoing rift between Akwa Ibom State Governor Udom Emmanuel, and his predecessor and supposedly godfather, Senator Godswill Akpabio, may have deepened further with the sack of the Secretary to the State Government (SSG), Mr. Etekamba Umoren.

Mr. Umoren, who apparently was nominated into the cabinet by Senator Akpabio, the Senate Minority Leader, was shown the exit door by Governor Emmanuel on Monday.

The state Commissioner for Information, Charles Udoh, who made the development known in a statement on Monday, explained that the SSG’s sack followed the governor’s move to “rejig the governance structure” in the state.

About two week ago, the state government had also dismissed from its cabinet the then commissioner for local government and chieftaincy affairs, Udo Ekpenyong, who like Umoren, hails from Ikot Ekpene Senatorial District where Senator Akpabio comes from.

Already, there are insinuations that more government officials believed to be loyal to the Senate Minority Leader will still be shown the exit doors by Governor Emmanuel in efforts to weaken Senator Akpabio’s political hold in the state, ahead of 2019 when the governor will be seeking re-election.

Meanwhile, Emmanuel Ekuwem, a telecom engineer from Mbo Local Government Area, has been appointed as the new SSG.

Developments in Akwa Ibom State’s political scene has continued to suggest that things are seriously falling apart between Governor Emmanuel and Akpabio.

Only last December, Akpabio had at a public gathering decried the governor’s neglect of his Ikot Ekpene senatorial district, and said that he was only going to give his support to the governor in 2019 if he stops marginalizing his senatorial zone.

In his response, the governor had warned the senator and every citizen of the state to watch their utterances in public places, vowing to deal decisively with anyone who instigates trouble in the state, regardless the person’s status.