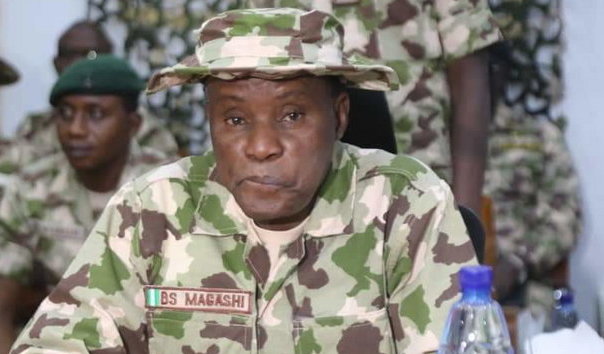 The Minister of Defence, Maj.-Gen. Bashir Magashi (retd), said on Saturday it would take Nigeria sometime to end its security challenges.

Magashi, who was represented at the event by the Chief of Defence Training and Operations, Maj.-Gen. Adeyemi Yekini, said more than 70,000 terrorists and their families had surrendered to troops in the North-East while hundreds of thousands of displaced persons had returned to their homes.

He said: “Terrorism, as we all know, is always enduring. Ending it may not be as quick as one may expect. I can assure you, however, that we are on top of the situation, and in the shortest possible time, all these challenges will become a thing of the past.”

Recall that President Muhammadu Buhari, and his party, the All Progressives Congress, had during the 2015 election campaign promised to end the Boko Haram insurgency and other security challenges in the country.

Magashi said the renewed onslaught on the terrorists was getting some visible results with the arrest of masterminds of June 5 attack on St Francis Catholic Church in Owo, Ondo State.

The minister also revealed that troops had been deployed on the Abuja-Kaduna highway on 24-hour patrols, and Operation Forest Sanity had been launched in the North-Central and North-West to watch over the forests.

He said the military forces and other security agents are ready to check the activities of criminals in South-East, South-South and South-West parts of the country.

Shutdown: NBC extends enforcement on AIT, Silverbird, others to Wednesday