Home » Latest » Deficit expected in rice supply, as millers to shut plants over looting by hoodlums 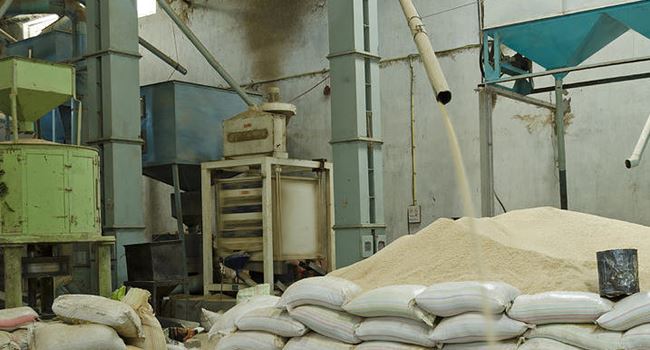 Rice millers under the aegis of Rice Millers Association of Nigeria (RIMAN), have cried out over the looting of its plants in parts of the country by hoodlums taking advantage of the #ENDSARS protests.

The association also declared that their plants would be shut down in some parts of the country as a result of the destruction to the mills.

The association in a statement on Thursday by its national President, Peter Dama, expressed shock at the devastating destruction and looting carried out against its members.

Dama said: “RIMAN is shocked and sad at the level of havoc that was carried out on these rice mills and other government and private properties within the country,” the association’s National President said.

“The resultant impact on these rice mills will create some deficits in our members’ contribution to national food security and rice value chain, as the affected rice mills will be shut down for a while at this critical period with huge debts to pay.”

Dama also gave the names of some of the affected mills to include Shamad Rice Mill, Yola, Glams Foods, Lagos.

He said further: “This act is condemnable, highly regrettable and insensitive.

“Regrettably, during these attacks, tonnes of milled rice, paddy, furniture, machines, equipment and operational vehicles were destroyed and looted, while some parts of buildings were set ablaze.”

Speaking further the RIMAN President called on government to come to the aide of the millers with funds to rebuild and restock to commence operations, adding that most of the millers took loans to run their businesses.

He also appealed to government to provide adequate security coverage to rice mills that were under threat in order to avert future occurrence.