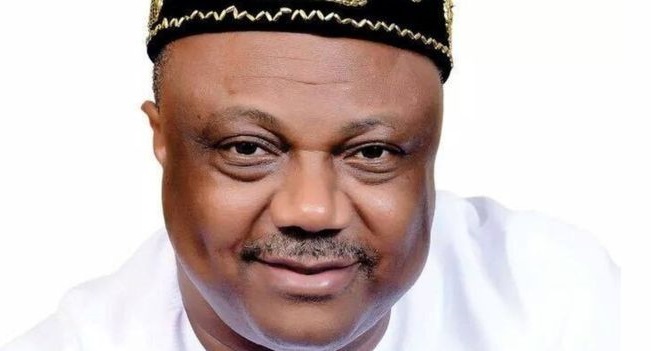 Great Ogboru, the Delta State governorship candidate of the All Progressives Congress (APC) at the recently concluded election held in the state has been sacked by a Federal High Court sitting in Asaba.

The court presided over by Justice Nnamdi Dimgba ruled in favour of a suit marked FHC/ABJ/CS/1085/ 2018, filed by Victor Ochei, challenging the declaration of Ogboru as the governorship candidate of the APC during the September 2018 primary held in the state.

In his suit, Ochei, through his lawyer, Ahmed Rahi (SAN), prayed the court to declare the September 2018 primary illegal on the grounds that unknown delegates were engaged during the process.

While delivering his judgement, Justice Dimgba ordered the cancellation of the APC governorship primaries that produced Great Ogboru, and granted four of the five reliefs sought by the plaintiff.

However, the presiding judge refused to grant relief four.

“All the reliefs sought in this suit are similar with those for which Justice Tosin Adegoke pronounced judgement on, so reliefs 1, 2, 3, 5 are granted, but relief 4 is refused, because the governorship election is over and the relief is spent,” the Judge said.

Justice Dimgba pointed out that the Federal High Court has one jurisdiction and, as such, cannot be seen giving discordant judgement, adding that “having considered the decisions reached by the Federal High Court in the case of Cyril Ogodo, which has similar reliefs, and the fact that some of the defendants in this suit are the same, the court has decided to follow the decisions arrived at in the Ogodo case.”