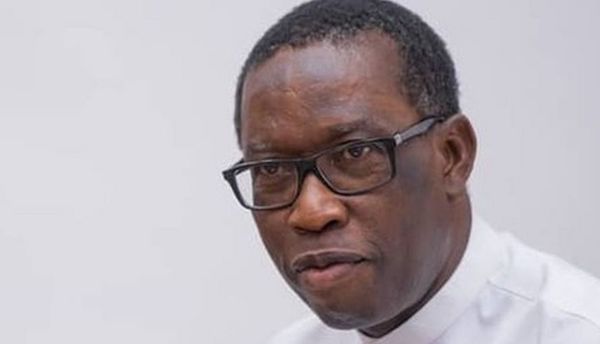 Governor Ifeanyi Okowa of Delta State, on Monday, March 1, said the nation’s oil industry had lost substantial investments due to delay in the passage of Petroleum Industry Bill (PIB).

The governor stated this when the Co-Chairman, National Assembly Joint Committee on Petroleum Industry Bill, Mohammed Monguno, led members of the committee on a visit to him at Government House, Asaba.

Okowa said that investments in the nation’s oil industry would be up-scaled as soon as the bill was passed.

According to him, people of the Niger Delta zone are gladdened to hear about the renewed commitment by federal lawmakers towards passing the Petroleum Industry Bill.

Okowa expressed delight with the inclusion of Host Communities Fund in the bill, saying that this would make the people to be part-owners of the ventures and encourage them to secure oil facilities.

“You have come obviously for a very important assignment, something that we have not been able to achieve as a county in the last 14 years.

“We are gladdened as people from the Niger Delta to hear both leaderships of the National Assembly speak about their commitment towards passing the PIB.

“If you are able to achieve it, your name will be written in gold, because for too long, we have been talking about this bill and we are already endangering the oil industry.

“There is no doubt that oil exploration has kept our economy, but over time, it has also caused so much pain to our people, which the bill is geared towards addressing.

“People have lost their lives and their source of livelihood, while the pains continue to increase on daily basis.

“But, we thank God that the dark days are over and there is an amnesty programme, even though it is not being run as it was proposed by the Yar’ Adua administration,” he said.

The governor expressed satisfaction with the commitment on the part of the leadership of the National Assembly.

“We will be proud of you if you are able to achieve the passage (of the bill) this time around.

“We hope that with the provision of the host communities fund, it will impact in their lives and help them to live a sustainable life,” Okowa said.

Earlier, Monguno, who is the Chief Whip of the House of Representatives, said that his team was in Delta in furtherance of the legislative processes that would eventually lead to the passage of the bill.

He said that the national assembly was working closely with the executive arm and other stakeholders to ensure the passage of the bill.

“We have promised Nigerians that by the end of April, we will pass this all-important bill.

“We are committed this time around to the passage of the bill, for the good of Nigeria.

“There is the need for us, as a country, to reform the oil and gas sector, especially as the world is moving away from fossil fuel to renewable energy.

“It is important that we take advantage of the opportunities available,” Monguno said.