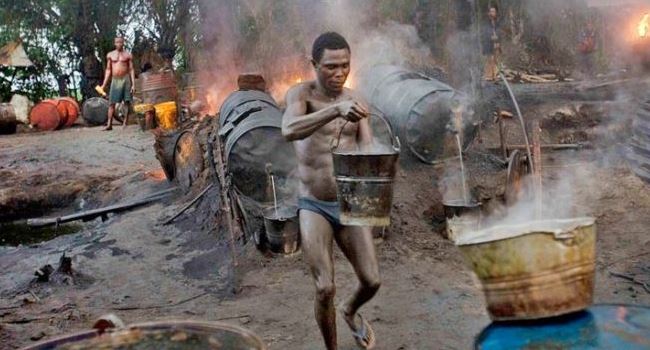 The Delta State Governor, Ifeanyi Okowa on Tuesday forwarded an executive Bill to the State House of Assembly to promulgate a law for the forfeiture of property used for illegal storage of crude oil.

The bill was contained in a letter read during plenary of the Assembly in Asaba by the Speaker of the State House of Assembly, Chief Sherriff Oborevwori.

Okowa said: “I wish to intimate the House of the State Government’s desire to provide a Bill for a Law for the Delta State Forfeiture Law and other matters connected therewith.

“Despite ongoing amnesty and other measures taken to address crude oil theft in the Niger-Delta region in addition to concerted efforts of the Federal and Oil-producing States in securing our pipelines, oil production challenges appear unabated as pipeline sabotage has continued to result in crude oil losses.”

Okowa also stated that the losses and high cost of operation had hampered the nation’s earnings from oil which invariably is affecting the states, Delta inclusive.

“Regrettably, experience has shown that the illegal Storage of crude oil are perpetuated using property such as premises, caravans, vehicles, vessels, aircraft and other forms of containers.

“It has therefore become necessary to nip this ugly trend in the bud by ensuring that those who use or provide their property to commit an offense are held liable.

“For the purpose of this law, a property is said to have been used to commit such an offence where an element of the acts which constitutes the offense took place on the property, or where the property has been used for the storage of crude oil.

“In view of the socio-economic benefit of the Bill to the State, therefore, I wish to forward for the consideration of and passage of into law by the House, a Bill for a Law for the Delta State Forfeiture Law 2021 and any other matters connected therewith,” he said.

Consequently, the Majority Leader of the Assembly, Mr Ferguson Onwo, moved a motion for the Assembly to receive the bill as proposed.

The motion, which was unanimously adopted by the Assembly when put to a voice vote by the Speaker, was seconded by the member representing Uvwie constituency in the state Assembly, Mr Solomon Ighrakpata.