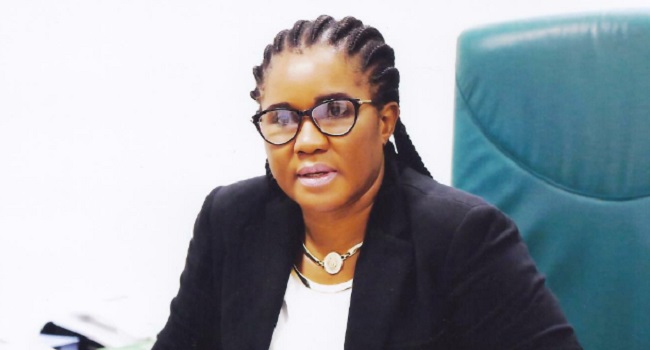 Another Delta state senatorial candidate has expressed disapproval of the results of the National Assembly election as announced by the Independent National Electoral Commission (INEC).

The candidate of the Peoples Democratic Party (PDP) for Delta Central senatorial district, Evelyn Oboro, called for the cancellation of the results for the district.

The Returning Officer in charge of the election, Prof. Godfrey Ariavie at the Ughelli INEC collation Center, had declared incumbent and candidate of the All Progressives Congress, APC, Senator Ovie Omo-Agege as winner of the election having scored a total of 111,100 to beat Oboro who scored 99,422.

Oboro while reacting to the results, alleged instances of rigging, adding that the collation process was “manipulated” in favour of the APC candidate.

In a statement by the Director of Media and Publicity of her campaign organisation, Sunday Apah, Oboro who is the member representing Uvwie, Okpe and Sapele constituency in the House of Representatives, alleged that the election was massively rigged in Ughelli North, Udu, Ethiope East, Ughelli South and Ethiope West Local Government Areas in favour of the APC lawmaker.

She cited instances of results manipulation at Agbarho, Orogun, Afiesere, ward 2/6 in Ughelli North council area, Mosogar and Jesse in Ethiope West council, Okpe-Olomu and Ewu in Ughelli South council against the wish of the people. She said:

“At a point, our agents and collation officers were intimidated and denied entry into INEC office at Ughelli just to ensure that the manipulated figures were announced in favour of Omo-Agege who was still losing after the collation of six local government areas”, she said.

Like Okorocha’s case, Returning Officer claims he declared Ifeanyi Ubah winner to save his life

Buhari, the moment INEC declared him President-Elect for a second term (Video)