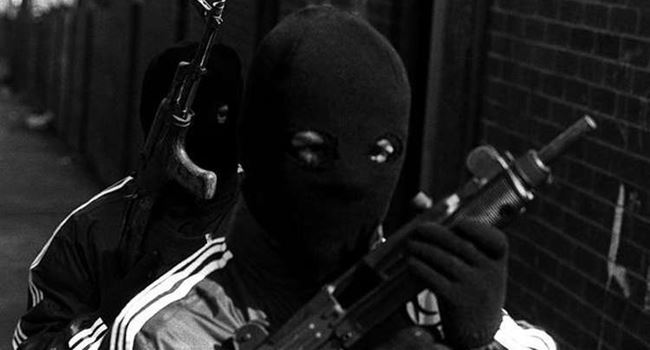 A gang of armed robbers have killed a security guard  and injured two others at a filling station close to the Delta State Police Commissioner’s quarter in Asaba.

The Commissioner of Police, Mr Adeyinka Adeleke, who confirmed the incident on Tuesday to news men said over 1 million naira was carted away by the men.

One of the fuel attendants who also confirmed the incident said the deceased was found dead with his face covered in a bag while two other Hausa security guards were tied up and severely injured with their teeth plucked out.

A resident of the area, also said the hoodlums silently robbed the filling station without shooting so as not to attract the attention of the security men at the CP’s quarter.

The CP, however, stated that the victims had been rushed to an undisclosed hospital for proper treatment while investigations had kicked-off  to fish out the robbers.

2 women suspected to be child kidnappers arrested in Anambra