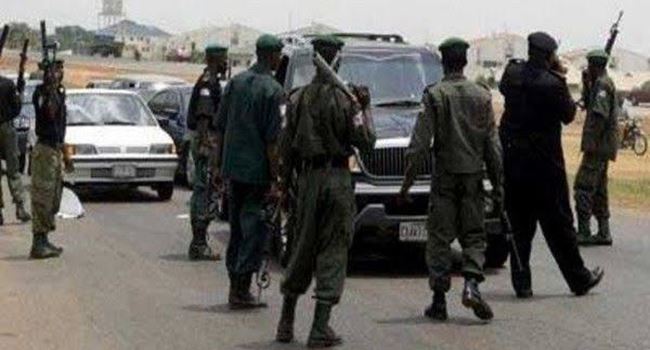 A report issued on Monday, March 29 by SBMorgen, a Lagos-based intelligence platform, revealed that no fewer than 497 police officers were killed in different attacks across Nigeria in the last six years.

It also said at least, 1,175 civilians were also killed in different attacks in the country.

According to the report, 497 police officers and men were killed in 554 incidents across the country during the period.

The group, which based its data on reported incidents, said its findings were corroborated by at least two different media sources across the six geopolitical zones in the country.

Of all the six geopolitical zones in the country, the South-south region tops the chart with 163 incidents that sent 174 policemen to their early graves during the years under review, the SBMorgen report showed.

It said 51 policemen were killed in Delta State alone within the period, making the state the highest among the six states in the region.

The North-central zone trailed the South-south zone having recorded 85 deaths of police officers out of the 88 reported attack incidents in the zone.

In the geopolitical zone, Benue recorded the highest number with the killing of 22 police officers during the 16 reported incidents during the period under review. The state witnessed herders-farmers clashes during most of the 75 months.

It is followed closely by Kogi which recorded the deaths of 19 police personnel in 49 violent attacks.

Kwara State, the report said, recorded two deaths out of the three cases reported in the state.

As fairly ‘safe’ as the South-west seems, the region recorded 112 incidents, which led to the demise of 72 members of the Nigerian police.

In the region, Lagos topped the chart with 47 attacks and 21 reported cases of death.

Ondo State recorded 11 deaths of police officers out of the 16 attack incidents. Ekiti recorded the least.

The report said the North-west and South-east respectively accounted for 59 and 58 deaths of police personnel in 64 and 82 incidents in the geopolitical zones.

The northeast region surprisingly recorded 45 attack incidents and 49 death cases. The zone, comprising Borno, Bauchi, Gombe, Yobe, Adamawa and Taraba, is one of the volatile regions in the country.

Borno, Yobe and Adamawa States have been the epicentre of the insurgency in the region.