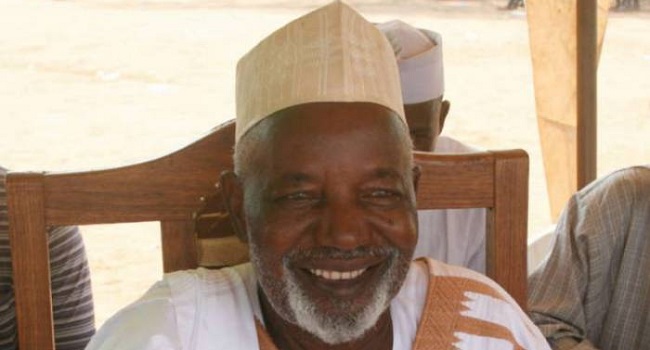 The Chairman, Conference of Nigeria Political Parties (CNPP) and former governor of Kaduna State, Alhaji Balarabe Abdulkadir Musa has called on President Muhammad Buhari to quickly embark on an investigation into the annulment of 1993 June 12 presidential election.

He argued that the annulment of that election which was widely believed to have been won by Chief Moshood Abiola, should be declared as treason.

Musa, while speaking in Kaduna on Wednesday, at a press conference to mark Democracy day, said ” The President must go a step further beyond declaring June 12 as a Democracy Day, but also informed Nigerians why the elections was annulled and punish those involved in the annulment for treasonable felony.”

“Those who masterminded the annulment of the election should be described and recognised as unpatriotic fellows”, he said.

He also lamented that the annulment of June 12 has done more damages to the country than good, adding, that “the question on why the election was annulled must be answered.”

His words: “Every other election that comes after the June 12, 1993 were never free, fair and credible. The ghost of June 12 will continue to hunt the country if the government fail to rise up and correct the mistakes of past”.

Musa, while applauding Buhari for recognizing June 12, maintained that the transition between the then military head of state, General Abdulsalam Abubakar to the former president, Olusegun Obasanjo was not a true democracy.

“ From the past administration to the present administration, the elections that brought them in were not the true reflection of people’s will and therefore they were fraud,” he said.

He however, advised that the ongoing Democratic sustenance in the country could be maintained with ”the political class respecting the will of the people by allowing free, fair and credible elections that will lead to a legitimate government”.