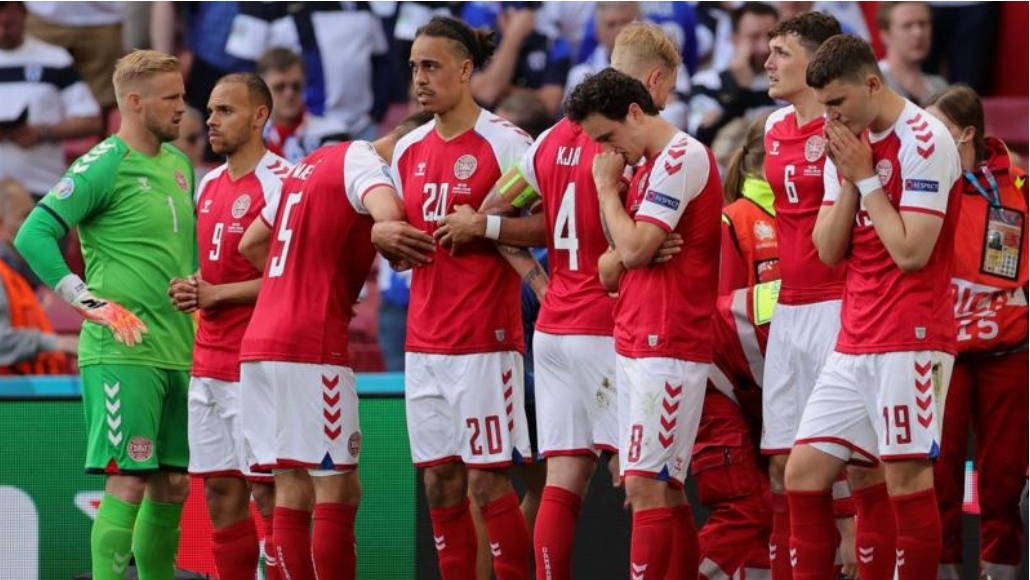 The Danish Football Association has confirmed that Christian Eriksen is “awake” in hospital after collapsing during Denmark’s Euro 2020 opener against Finland on Saturday.

The 29-year-old received CPR before the players were taken off the pitch and the match was halted.

The Inter Milan star was then rushed to the hospital and his condition is said to have been “stabilised” according to tournament organisers Uefa.

The incident happened as a throw-in was played towards him near the end of the first half. His teammates immediately surrounded him as he was being treated.

UEFA has since confirmed that the match had been suspended because of a medical emergency.

“Following the medical emergency involving Denmark’s player Christian Eriksen, a crisis meeting has taken place with both teams and match officials and further information will be communicated,” said Uefa.

“The player has been transferred to the hospital and has been stabilised.”

But the Group B game, which was still goalless at the time of suspension, would later resume as players agreed to return to the pitch following the news of Eriksen’s condition at the hospital.

Finland went on to win the game 1-0, with Joel Pohjanpalo scoring the winner in the 59th minute.

It was Finland’s first victory at a major finals.