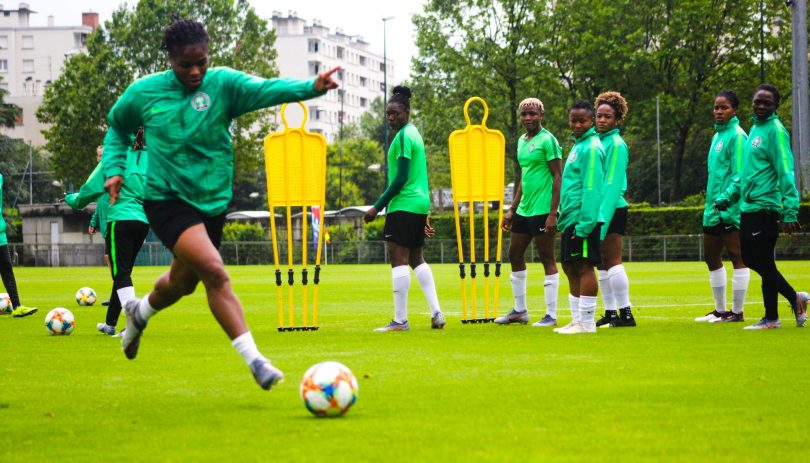 The Nigeria women’s team crashed out of the global showpiece after losing 3-0 to Germany on Saturday in the round of 16 of the competition.

Falcons began their campaign on a disappointing note, losing 3-0 to Norway, but bounced back with a 2-0 win over Korea Republic before losing 1-0 to France to end the group stage with 3 points.

Their qualification for the knockouts as one of the best third-placed teams was dependent on results from other groups, before Germany knocked them out.

“I think we showed the whole world that Nigeria have a team that has improved a lot,” said Dennerby.

Dennerby, who led the team to their 9th continental triumph last year, says the team is better than he met it, but is yet to compete in the big stages, hence needs more quality improvement.

“Of course you’re not satisfied to go out but you also have to recognise where we came from – and we’re just not ready yet.

“It’s important to play high-level teams like Germany because the players can see that even the smallest mistakes get punished.

“Now we just need to focus on improving and using all the FIFA dates to play matches. Because we have some really talented players back in Nigeria.”

The Falcons first reached the knockout stage of the women’s World Cup in the 1999 edition, where they reached quarterfinals.

Until the 2019 edition, the team had always crashed out in the group stage.