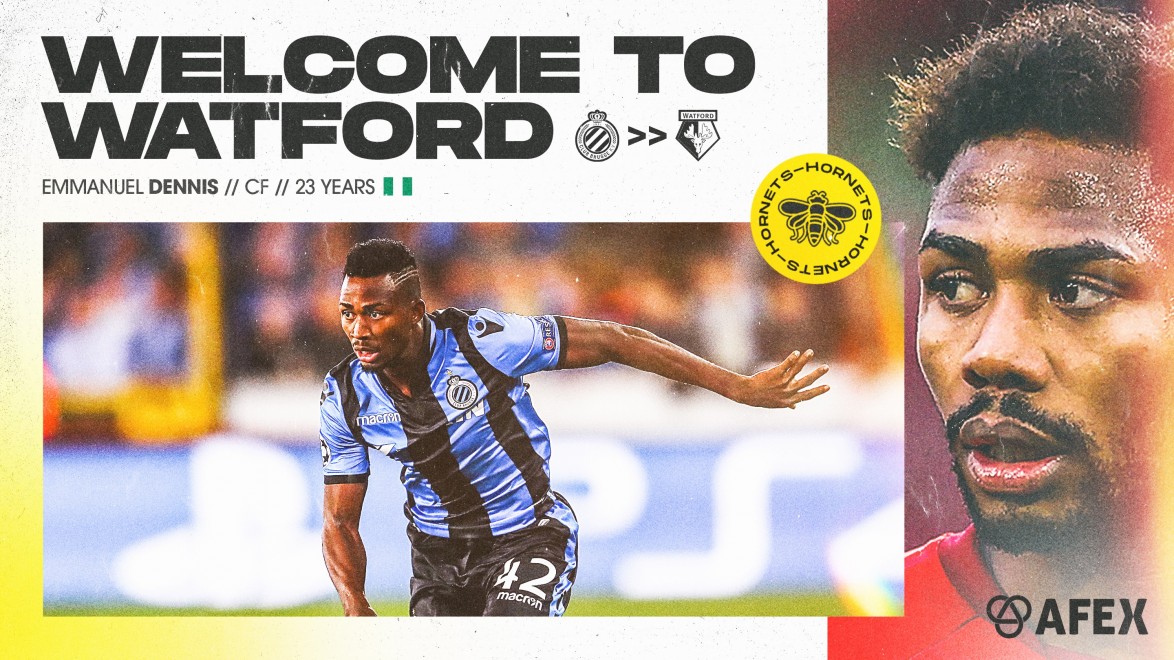 Dennis, who made the switch from Belgium, will now become teammates with Super Eagles duo of William Troost-Ekong and Isaac Success.

In what has since been expected, Watford finally reached an agreement with Belgian champions Club Brugge over the transfer of the forward.

Dennis joined Club Brugge in 2017 and spent the latter part of the 2020-21 season on loan at German side, Cologne. He now makes a switch to England.

Watford made the announcement in a statement released on their official website, stating that they were finalising personal terms with the 23-year-old.

A Watford statement read: “An agreement with Club Brugge has been reached for the transfer of exciting young forward Emmanuel Dennis, Watford FC is delighted to confirm.

“A scorer of 27 goals in just over 90 club appearances for Brugge, he has featured in both the UEFA Champions League and UEFA Europa League.

“The Hornets are currently finalising personal terms with the pacey striker – capped twice by Nigeria so far – who began his professional career with some experience as a teenager in the Ukrainian Premier League with Zorya Luhansk.”