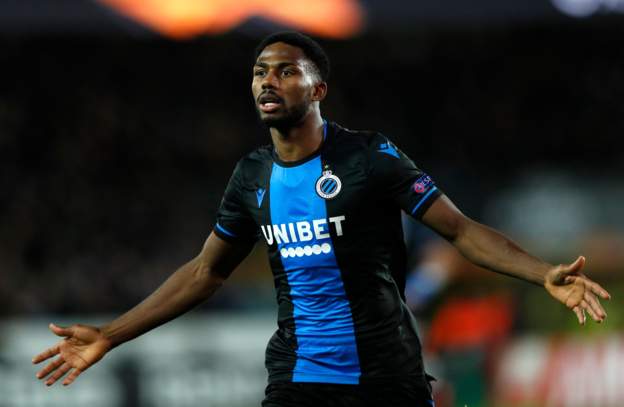 Nigerian forward, Emmanuel Dennis is hoping to see his club, Club Brugge advance past Manchester United to the round of 16 of the Europa League.

Dennis, who scored a goal in the first leg of the last-32 encounter against the English giants in Belgium, rued the 1-1 draw and says he expected a win at home.

Anthony Martial scored the equaliser for United in a game the Red Devils were tagged ‘sloppy’.

“We wanted the victory, but it didn’t work. We are now working towards the return match at Old Trafford. Everything is possible in football, we’ll see what happens there,” Dennis told the club website.

Dennis, who has scored four goals for Brugge in this season’s Europa League, also rued the missed chances during the game.

He also reacted to the failure of the Video Assistant Referee (VAR) to spot a penalty in a tackle involving himself and United keeper Sergio Romero,” he continued.

“In the second half we had a good chance of going 2-1 up, but we couldn’t score.

“In the first half, we also had some good chances. And then there was that penalty case at the start of the game, but VAR did not intervene.

“I thought it was a red card because he (Romero) came at me with both feet. The goalkeeper hit me fully and certainly did not touch the ball.”

Dennis and compatriot David Okereke will again face fellow Nigerian, Odion Ighalo next week, as the spot for the next stage of the competition would be decided.

‘With time, the goals will start coming’ — Ighalo not under pressure