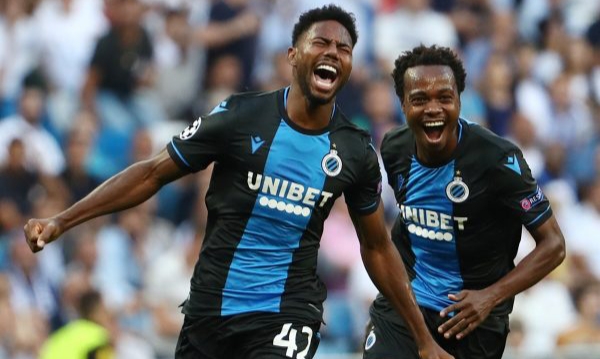 Nigeria’s Emmanuel Dennis is looking forward to making an impact for Club Brugge in their Champions League clash against Zenit St Petersburg.

Belgian Pro League champions, Brugge would begin their campaign against Zenit in Russia on Tuesday evening.

Dennis says he is determined to shine again this season after his impressive performance in the competition last term.

The 22-year-old star caught the headlines during the last campaign after bagging a brace in Club Brugge’s 2-2 away draw against Real Madrid at the Santiago Bernabeu.

“I always score against the big teams,” Dennis told Het Nieuwsblad as quoted by CSN.

He bagged an assist in Brugge’s 1-1 draw at Standard Liege at the weekend.

The Nigeria international could feature as a striker against the Russian champions following the absence of Michael Krmencik.

“I can play there if I have to. But I am not a striker. Put that in large letters above your interview. I am a flank player,” he added

The champions League was won by Bayern last season, and the Bundesliga side face Atletico Madrid to begin their defence of the title.